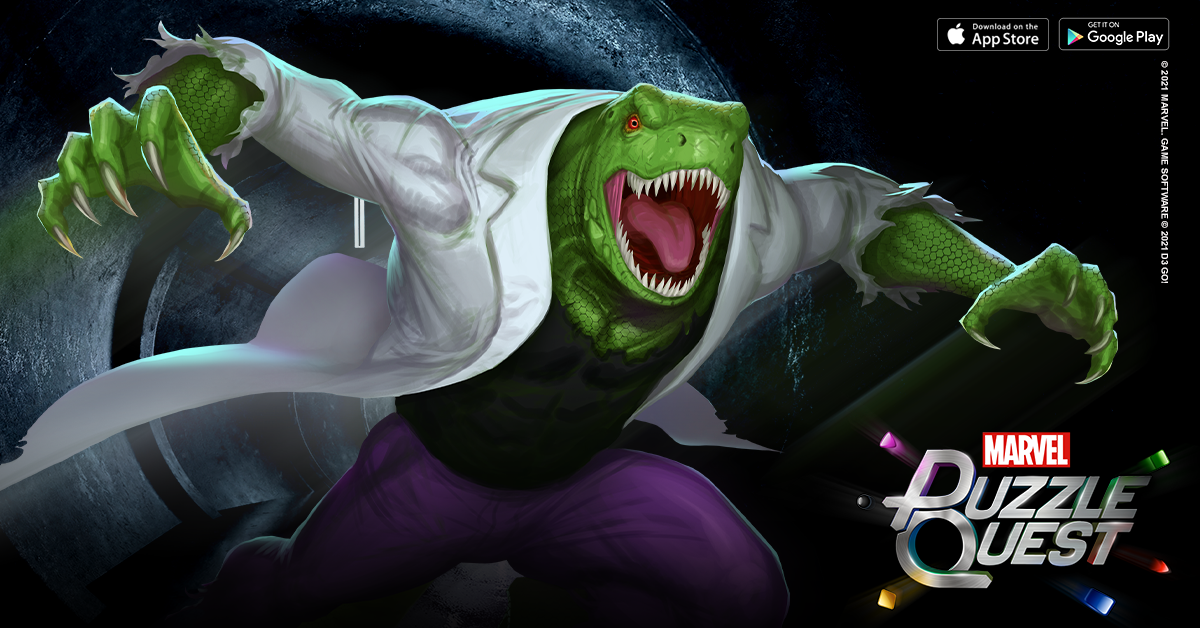 “To help the injured, Dr. Curtis Connors invented a serum based on the reptilian ability to regrow limbs. When he tried the formula on himself, he discovered an unintended side effect: transformation into the savage, mammal-hating Lizard!”
(Abilities listed at level 70, followed by 270)
4223 Health / 15642 Health

AP
Lizard lashes his powerful tail at his foe. Deals 93 damage and stuns the target for 1 turn. (Max level 180 damage)

AP
Lizard activates aggressive responses in the brainstems of the nearby reptiles. Convert up to 2 basic tiles in the bottom row to 1-turn Fortified Repeater tiles, each of which fortifies itself, swaps 1 space up, and converts any swapped Blue tile to Red. When one of these Repeater tiles reaches the top row, it removes itself and its fortification and deals 232 damage. For each of these repeater tiles on the board, Lizard takes 6% less damage. (Max level 451 damage)