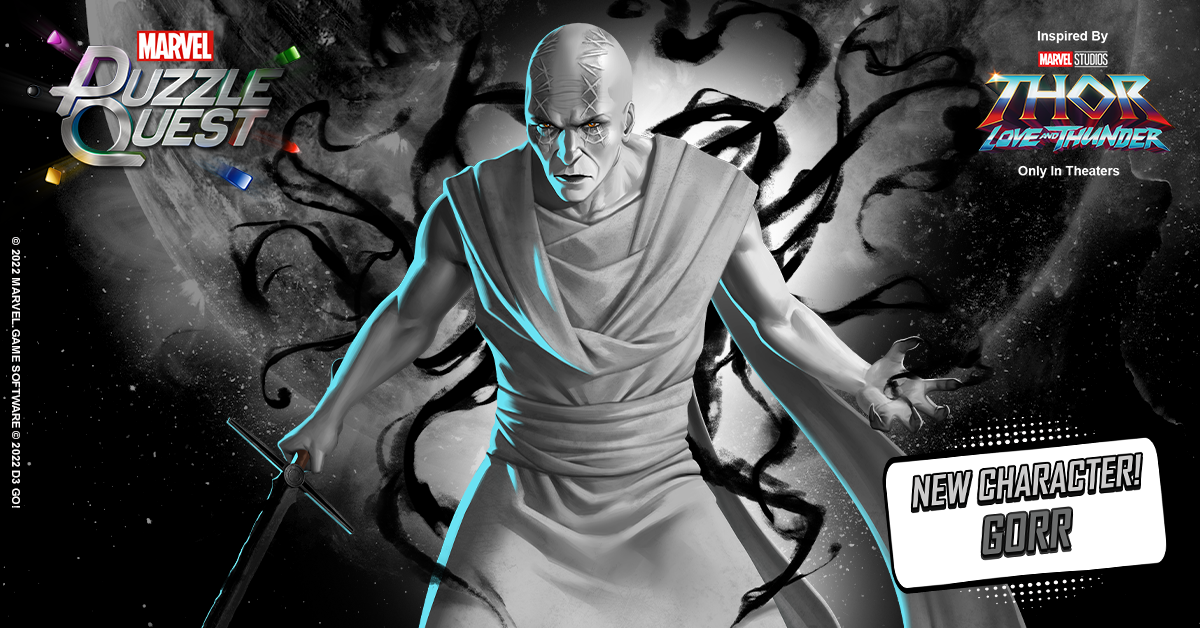 “Every creature with eyes to see and stars above has wondered at the sky, for it is the realm of the Gods – to each world a pantheon, to each sky a significance. But the brightest lights cast the longest shadows… hell-bent on vengeance against the Gods that failed him, Gorr would see the heavens become a tomb. Wielding a terrifying weapon and commanding the shadows themselves, the God Butcher turns the Gods’ own works against them in a path of destruction – and his vengeance will not end until they are all defeated.”

AP
The Necrosword has carved a path of silence through the bright points in the cosmos, the shadows growing longer, darker; So too shall it here. Gorr commits the shadows to an all-out assault while he strikes at the heart of his target. Deals 42 damage to a random enemy for each of Gorr’s Shadow Minions on the board, then if the target has less than 15% health remaining, down them; Otherwise, Gorr deals damage equal to 5% of the target’s maximum health, ignoring all Strike and Protect tiles. (Max level 81 damage)
Nightmare Fuel – 9

PASSIVE
(PASSIVE) Gorr is a master at using his opponent’s weapons against them, felling gods with their own power. Whenever an enemy places more than 6 Strike, Attack, or Protect tiles on the board in a turn, at the start of the turn Gorr converts all new tiles created that turn into match damage, destroying them in the process. The strength of these tiles is evenly divided among his match damage. Gorr then creates a 4-turn Countdown tile dealing damage equal to 1x the stolen strength. (Destroyed tiles do not deal damage or generate AP).