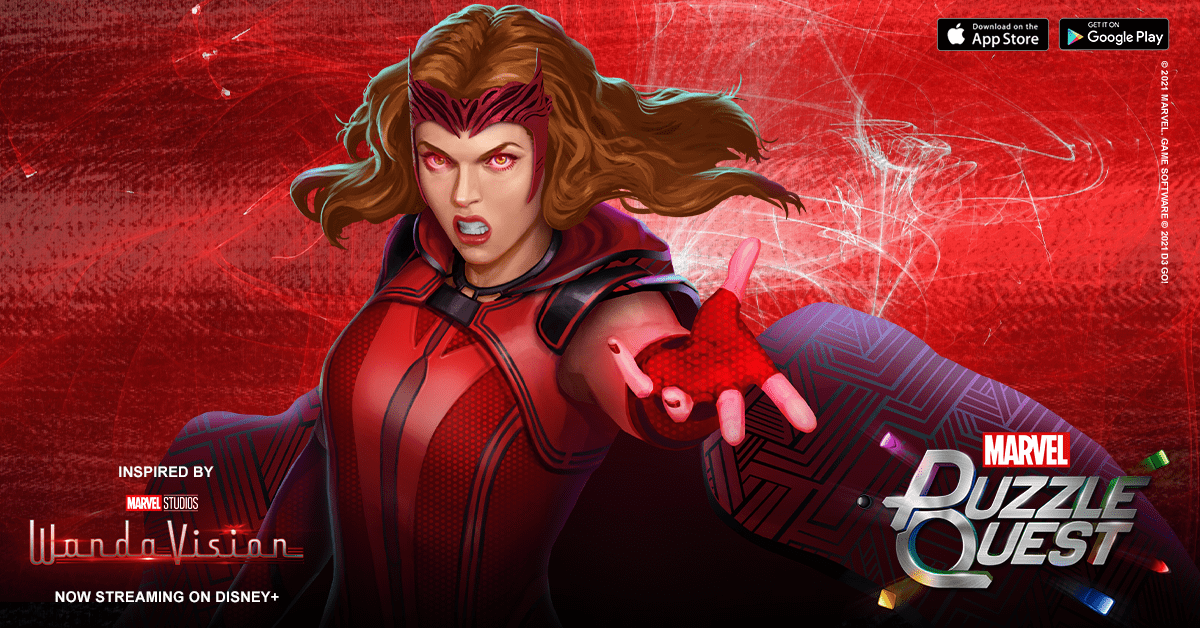 “Wanda Maximoff and Vision say goodbye to city strife, and settle into a quiet suburban life in their new hometown of Westview. Try as Wanda may to fit in and conceal her powers from neighbors, merry domestic mishaps call this magical maven into action! With a magical wiggle of her fingers, is there anything she can’t do, or conflict she can’t resolve?”

Welcome To My Reality – 3

Scarlet Witch restructures the world to her will. Choose a tile. This power becomes Chaos Magic. Its color is the chosen tile’s color

Scarlet Witch casts a powerful hex on her enemies, causing them to reevaluate their own reality. Choose a tile to become a 3-turn Countdown tile. While it’s on the board, the target’s powers are lowered by 4 levels (to a minimum of 1) and that enemy takes 45% more damage from friendly powers for each Debilitating Hex tile targeting them.

(PASSIVE) Whenever you make a Purple, Blue, or Green match, increase this tile’s duration by 1 turn.

(PASSIVE) Scarlet Witch’s subconscious protects her and her allies from harm, giving her strength to neutralize enemy threats. At the start of battle and every turn, if one doesn’t exist, create a 1-turn Repeater tile that deals 314 damage for each charge stored on it, then removes all charges. (Max level 1261 damage)

Whenever an ally takes damage, a charge is stored on this Repeater tile. Allies take 20% less damage for each charge stored (to a max of 80%).