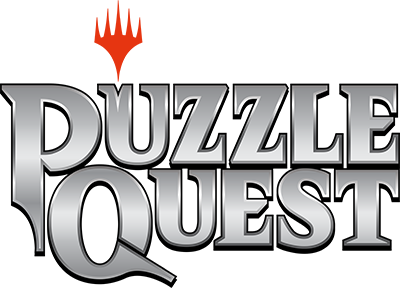 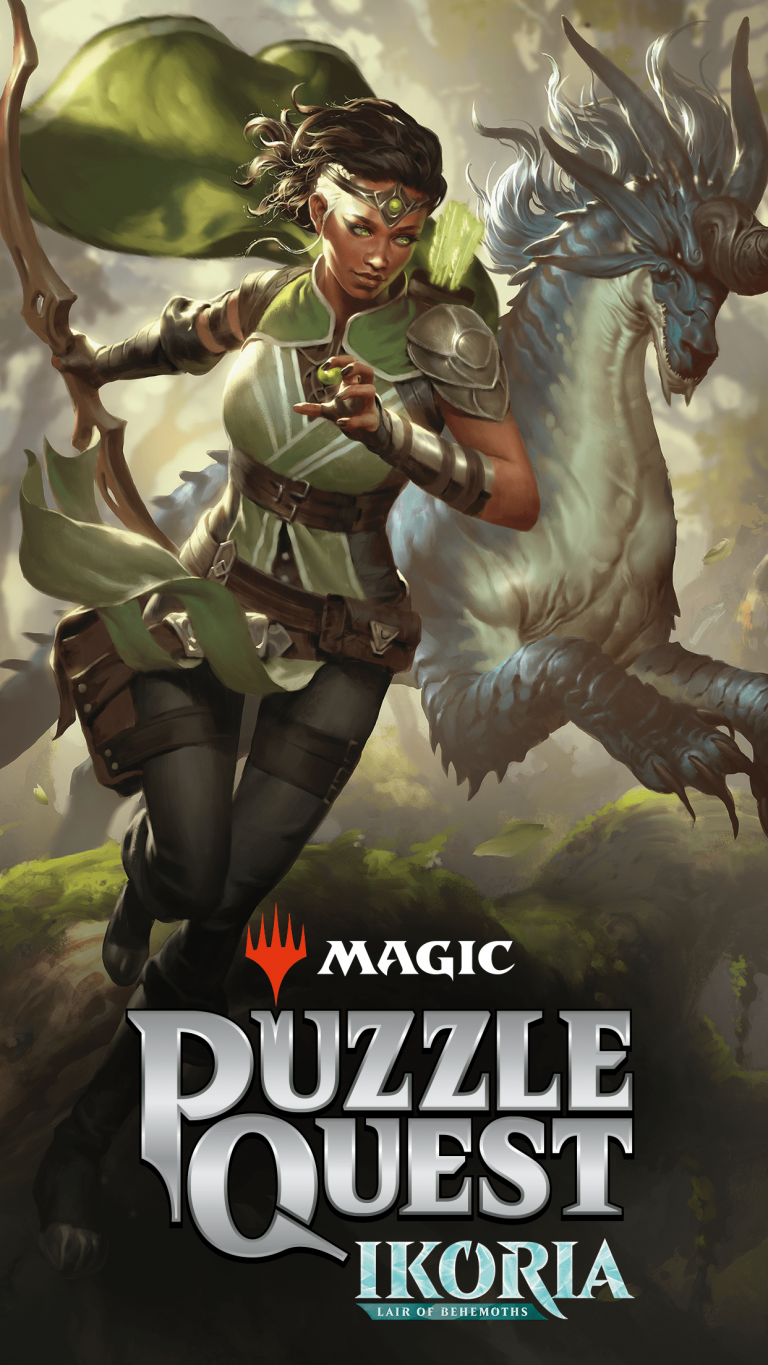 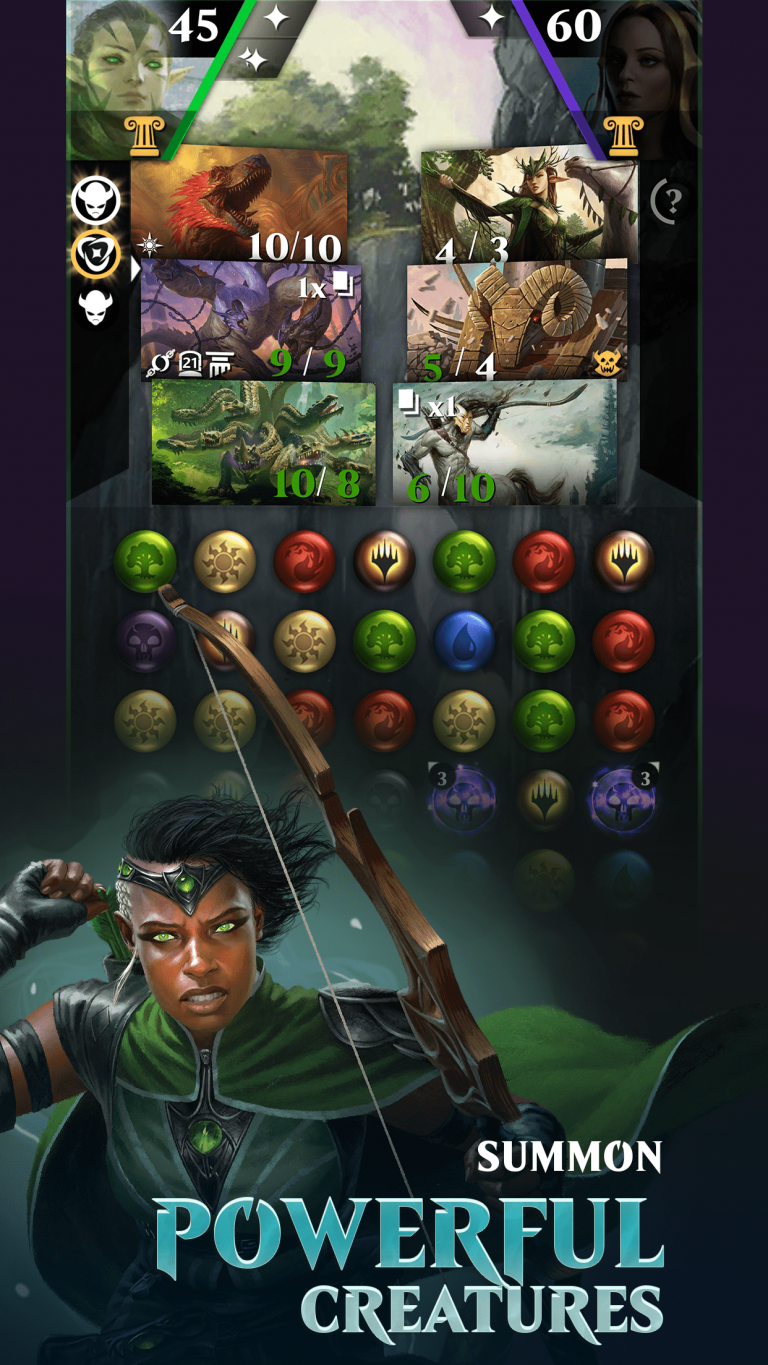 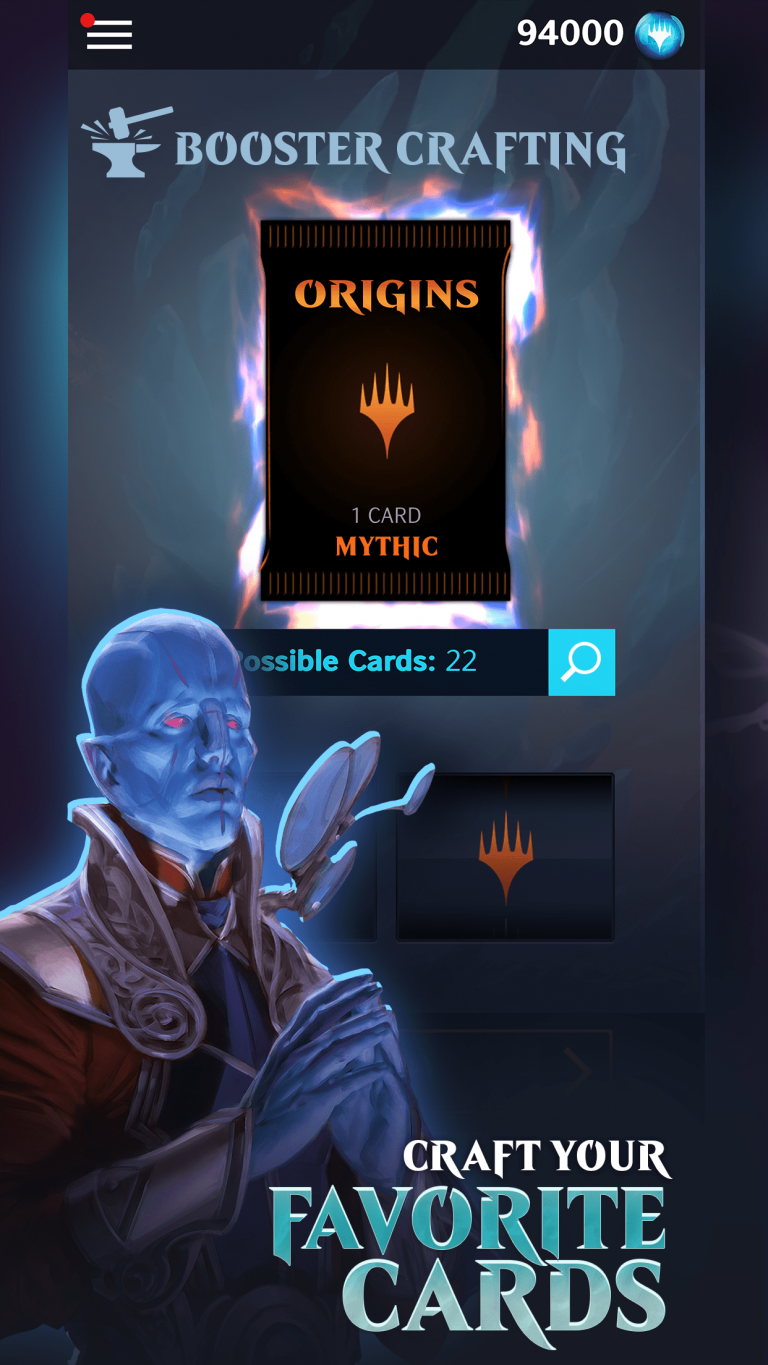 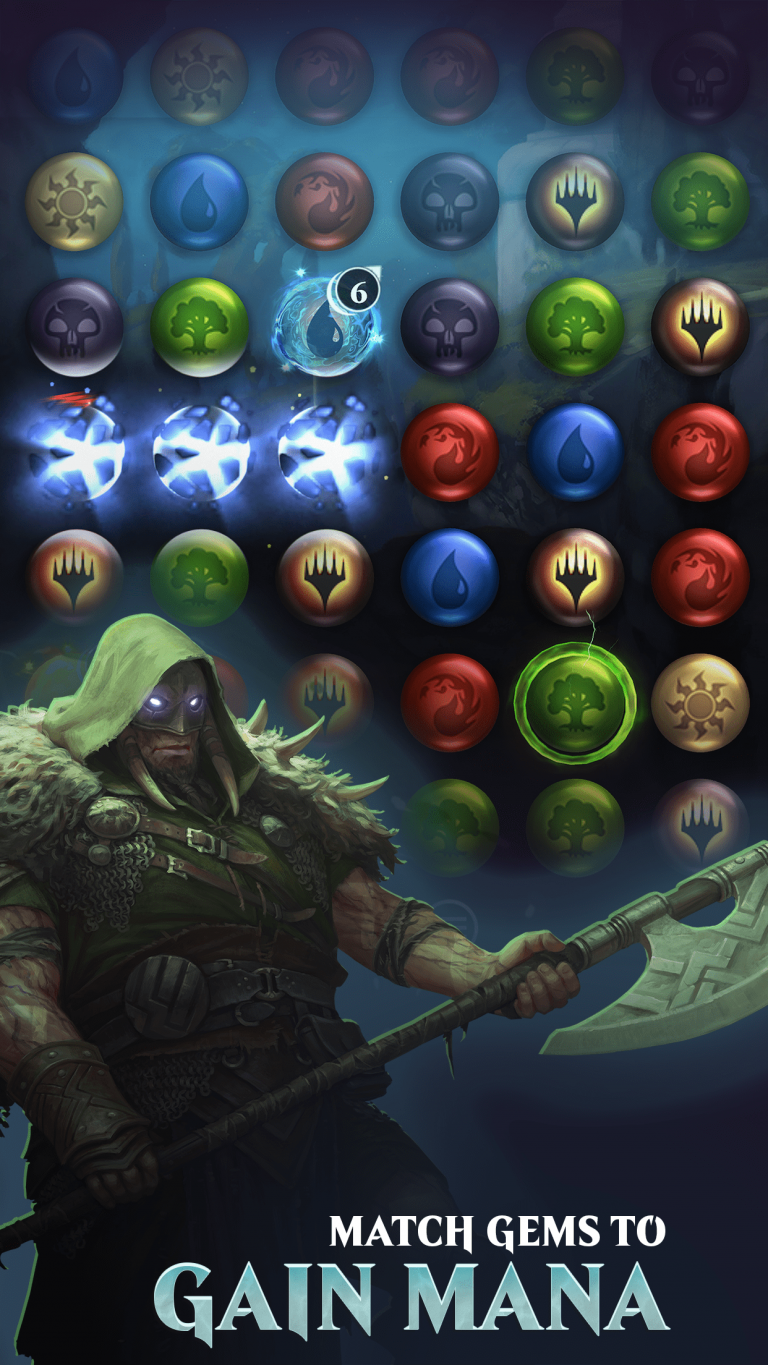 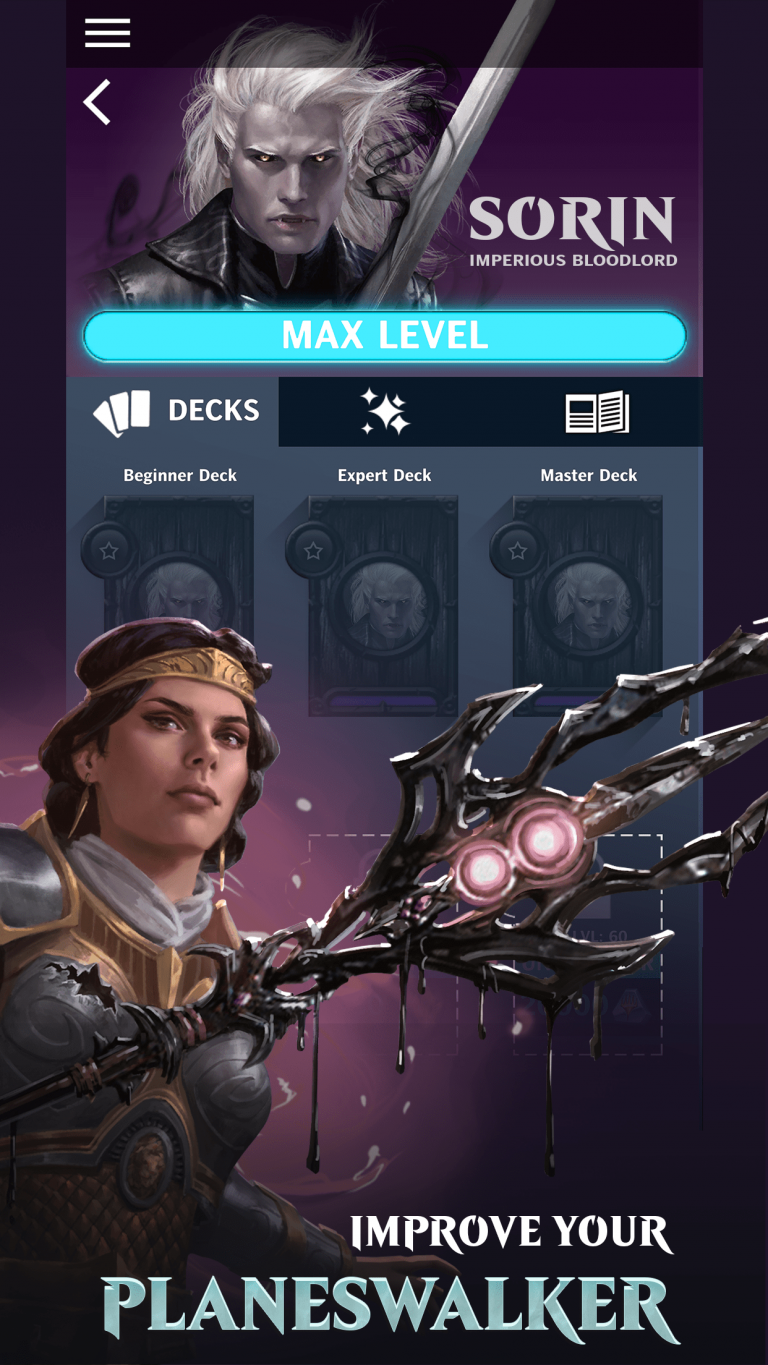 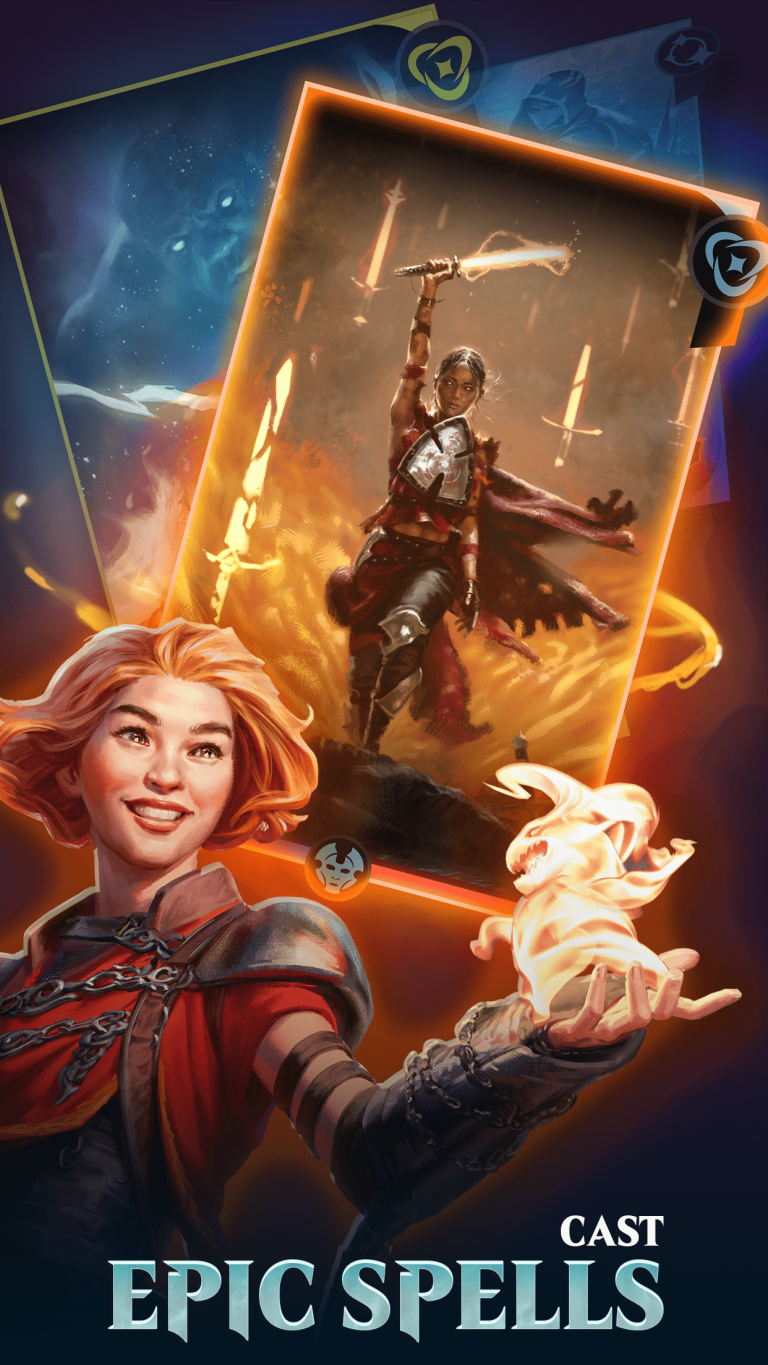 The original match-3 RPG! comes to the Multiverse in Magic: Puzzle Quest.  Recruit your favorite Planeswalkers, build powerful decks and defeat your enemies in match-3 battles!  Magic: Puzzle Quest adds the extensive universe of the acclaimed TCG to the engrossing gameplay of the Puzzle Quest franchise, as players participate in quests, daily events and tournaments for epic rewards.

Collect & Craft Cards
Collect some of Magic: The Gathering’s deadliest spells like Star of Extinction and creatures like Kopala, Warden of the Waves. Now with Booster Crafting, create your own booster packs to add to your collection. Build the ultimate deck and face off against people from around the world.

Match to Cast Spells
Mana gems are the core of your strength and power. Match-3 or more to collect enough power to cast deadly spells and creatures.

Play with Friends
Join a coalition and play with your friends to win bonus rewards in tournaments. Band together and fight opponents from around the world!

Win Rewards and Climb the Leaderboards
Enter daily events and player-vs-player (PVP) tournaments and challenge your decks against others from around the world. Climb the leaderboards and collect a multitude of rewards to build even better, more powerful decks!

Recruit Your Champions for Battle
The mighty mages and warriors of Magic: The Gathering are your heroes in battle. Pair them with your very best deck and enter the arena fully prepared to decimate the competition. Each Planeswalker comes with unique abilities to activate that enhance your cards or wreak havoc on your opponents. Build up their levels and watch their abilities grow into an unstoppable force. Oath of the Gatewatch 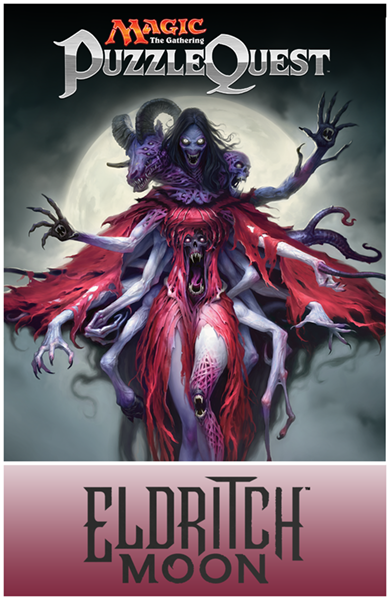 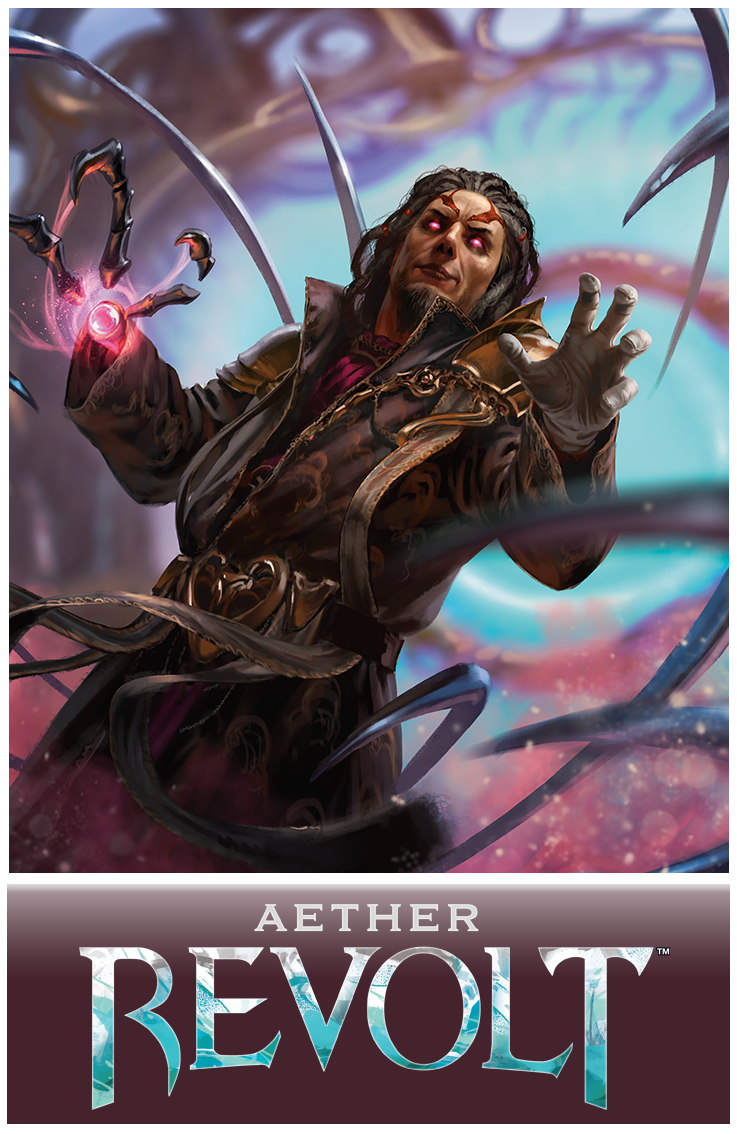 War of the Spark