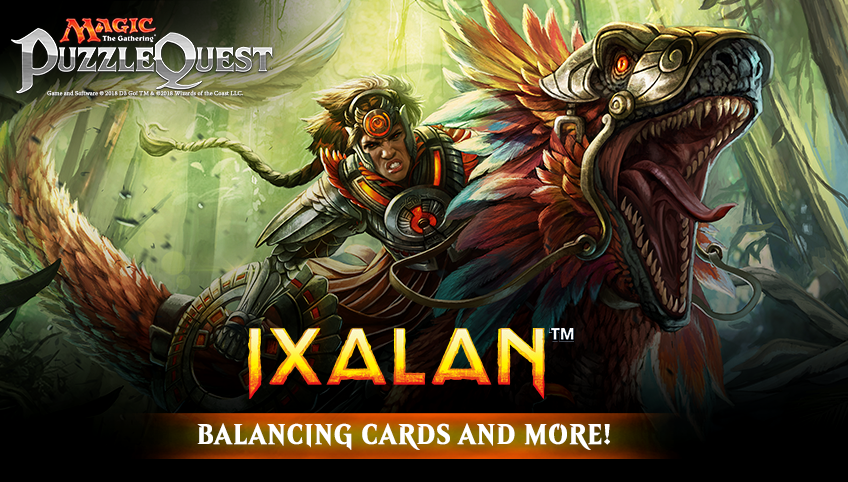 “Gishath’s roar scares everything away… even overpowered decks!”

Well…here you have it, the final developer blog post before our first set release next week and we have some good news and one bit of bad news, as far as balancing is concerned. Let’s get the one bad news out of the way, so we can get to the good stuff: there will be no balance changes for Ixalan. There we go. Band-Aid ripped. Now, onto all the good stuff.

As many of you know, the game is currently suffering from balancing issues stemming from a few strategies. Among them are Cycling and, to a lesser extent due to rarity, Omniscience. We’d like to take some time to explain our thoughts on the matter and its most common points of view:

We plan on tackling these issues on two fronts: new cards releases and older cards rebalancing. Every time new cards are added to the game, you should see a gradual move towards the environment described in the items above. Older cards will get to meet Gishath’s sharp teeth whenever they are damaging the environment in one of the ways below:

We will not be pointing cards to Gishath’s lair if:

Keep in mind that while we move forward as the developers, and our understanding of the game’s current metagame evolves, these policies might change. However, we felt like it was time to disclose how we planned to go about modifying problematic cards. You should see some changes when Rivals of Ixalan comes along.

We’d like to take a moment here and reassure you that Planeswalker rebalancing is something on our radar. However, it is a pretty complex subject, as it can have an effect on all cards in the game (mana costs, among other things) and might take a little while to get a plan in motion to fix it. But, as we’ve said before, we’re looking into it.

Wizards has already announced that they are no longer making Masterpieces in every set. Due to that change, we had to enact some changes with the current Masterpiece Collection, and how we approach the cards in it. I’d like to put everyone’s main concern to bed right away: We will not be converting cards from Ixalan (or any full set) into Masterpieces.

After a lot of brainstorming and discussions, we settled on bringing cards from the Masters sets as Masterpieces. Every set that does not contain Masterpieces in them will have its 10 Masterpiece cards pulled from the most recent Masters set. In Ixalan’s case, that would be Iconic Masters.

…Thought that was it right? No spoilers on Ixalan’s Masterpieces… Gotcha! Check out these two brand new Ixalan Masterpieces! 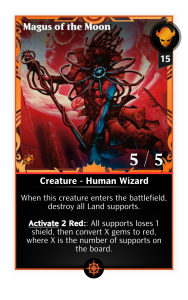 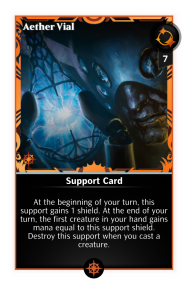 This is the 4th and final part of the developer blog series.  Ixalan is scheduled to arrive in Magic: Puzzle Quest next week (week of Feb. 12).