Calling all MPQ fans! Today, we’re happy to bring you a fun chat with rising Marvel Puzzle Quest vlogger, Adampq. We’ve been enjoying Adampq’s videos on his YouTube channel and wanted to shine a little light on this creative community member.

So, read on! – and feel free to comment on your favorite Adampq videos and let us know which community members we should feature in the future. 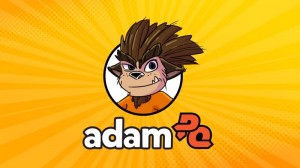 D3 GO!: Hello, Adampq! Thank you for sitting down with us today and answering a few questions. All right, so when did you decide to fire up your YouTube channel dedicated to Marvel Puzzle Quest?

ADAMPQ: I wanted to start posting MPQ videos as soon as I discovered the game. Then I waited 90 days until I felt I had something to contribute…and a semi-respectable roster.

D3 GO!: How about sharing some in-game details with everyone? What’s your MPQ PVP name and Alliance name?

ADAMPQ: I’m adampq in-game, and I’m currently part of the fantastic YAKUZA Alliance. I also enjoyed my time with Hellfire Clan, though I couldn’t post the numbers to hang with that crew.

I’ll be launching my own Alliance soon, and it will be as democratic a group as possible. That means we’ll decide whether to focus on PVP or PVE on an event-by-event basis. Name still TBD, as I don’t think “adampq: the alliance” will do the group justice.

D3 GO!: And out-of-game? Where are you from and what do you do when you’re not playing MPQ?

ADAMPQ: I live in Los Angeles, and hail from Chicagoland. I’ve worked at a few fledgling startups out here, before joining my current company, which has been the most successful by a wide margin. Have to keep these details somewhat vague, at least until I get a chance to go on camera.

D3 GO!: Can you tell us how you first become aware of Marvel Puzzle Quest? Were you seeking out Marvel or puzzle games?

ADAMPQ: The match-3 title I was playing (starring a princess of size), began to lose its luster, so I went on the hunt. Having been a lifelong Marvel fan, it was quite fortunate that I stumbled across your title! It was a match-3 made in heaven (I’m sorry, couldn’t resist).

ADAMPQ: I’m about to expose my soft, geek underbelly here. Glad I’m amongst friends. My favorite part of MPQ is commanding a team of heroes. I feel as though I’m Nick Fury assembling a new team of Avengers with every fight. Sometimes I even catch myself making up my own story and character reasoning behind each turn and power shift during a battle.

ADAMPQ: I’m still making the 3-Star transition, so the team that gets the job done for me is Stormneto and OBW. That being said, I find a lot of fun in throwing a random group together and seeing what works… and what doesn’t! These random pairings don’t usually make the cut for my videos, but they are essential for my personal entertainment.

D3 GO!: When did first you start posting MPQ gameplay vids on YouTube?

ADAMPQ: My first video was posted four months ago, and, boy, is it hard to watch some of those early efforts. If forum members are in the mood for a laugh, watch me stumble through those first few. But if you want something watchable, stick to the newer releases.

D3 GO!: You’re producing some good quality videos and your audience seems to be growing. What has been your most popular video so far?

D3 GO!: Do you have an ultimate goal with the Adampq channel? (And what do you find most satisfying about posting? The creativity? Grabbing lots of views?)

ADAMPQ: I’ve found that being an advocate for MPQ is pretty damn fulfilling! Also, my viewers skew a little younger, so being able to share some of the knowledge I’ve gleaned— especially from lurking on the forum and the wiki— is a great feeling. Finally, I just enjoy being able to throw a question out there and having some of the best players in the game give me advice.

I also hope to showcase some more creativity (and flat-out weirdness) in future videos. I have a Google sheet filled with show ideas that I can’t wait to roll out; my current offerings are just the start.

D3 GO!: Thanks so much for chatting with us. One last question: who would win in a cage match? The Hulk (Indestructible), Red Hulk, or Totally Awesome Hulk?

ADAMPQ: I’ll try not to overthink this one. Thunderbolt Ross, despite being a far more intimidating shade of Hulk, is out. I dig his Gamma Siphon, but the villain can’t win here.

Totally Awesome Hulk is an unproven entity. I’ll need to see him in action in both his new title in December and in MPQ to gauge his worth. I do know Amadeus Cho is one of the smartest heroes in the 616, possibly more intelligent than Banner. If he retains that while Hulking out, then Hulk 1.0 may be at a tactical disadvantage. Cho’s fauxhawk also appears to intensify when he goes green. Watch out!

For now, my money’s on the original. His passive black ability has saved me on more than one occasion, and he has “indestructible” right in his name. By the time the dust settles, his two challengers will be gone, along with the cage!