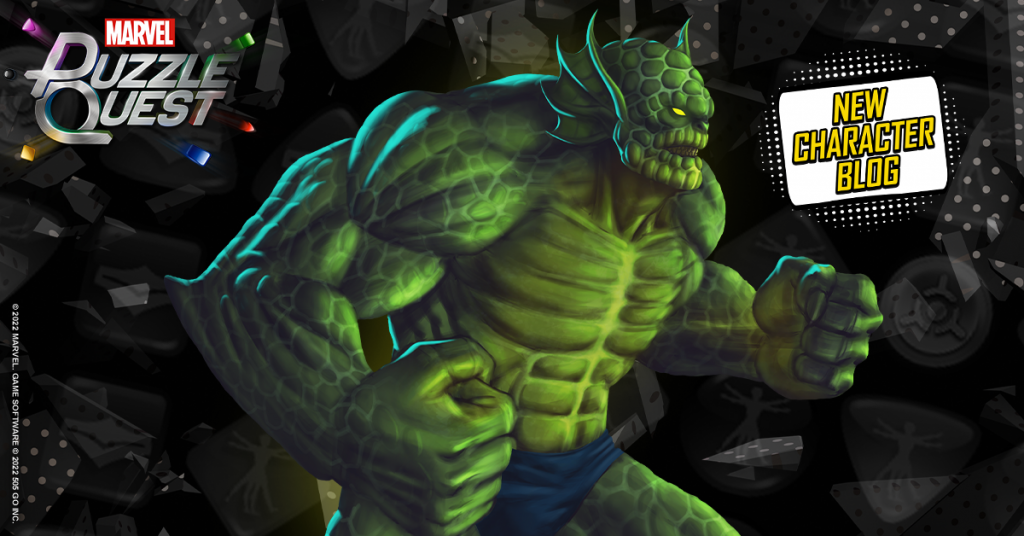 The end of the year got a healthy dose of Gamma Toxins to cap off the 2022 roster! Abomination is here with his powerful presence that will make his foes weak in the knees, especially Gamma Mutates. Amber Ansdell (Art Director) wraps up our last blog of the year and discusses how we brought Abomination back to life in MARVEL Puzzle Quest using our own unique style. 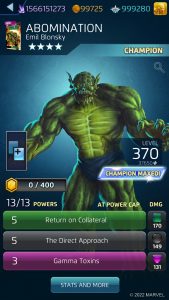 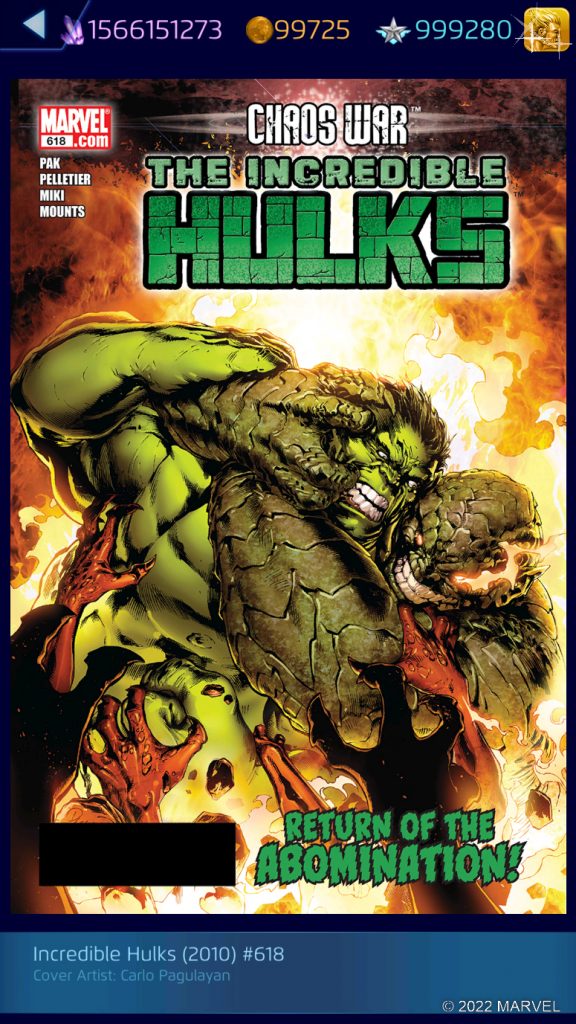 Amber: As the 2023 new year kicks off, we on the art team want to thank everyone for your incredible support over the years. 2022 was a wild year and we’re excited to bring more characters, heroes, villains, and giant-alien-sentient-creatures to life, within the ever growing cast that Marvel has to offer! Speaking of our villains, we’d like to introduce the big-green-mean-machine themself, Abomination. 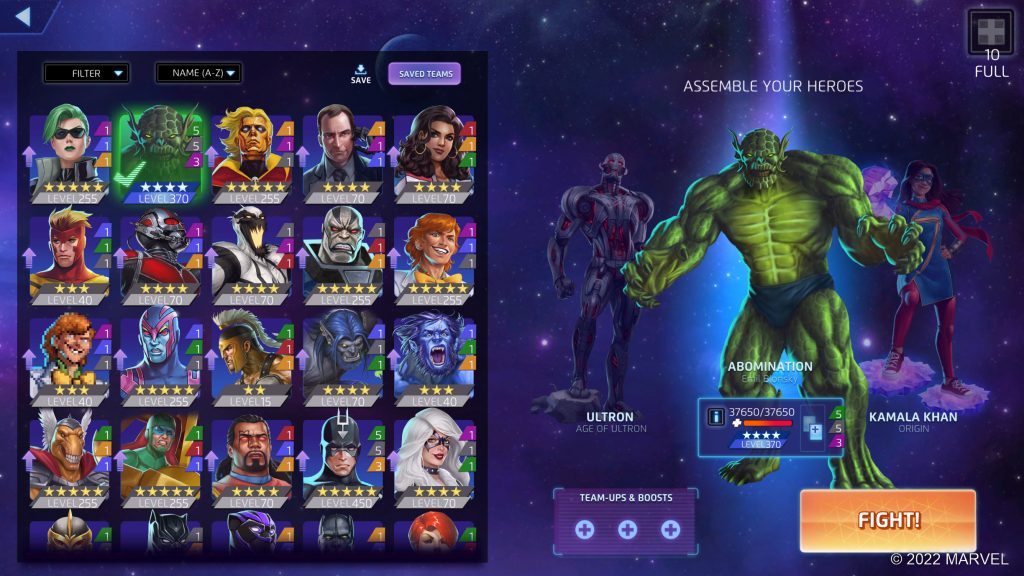 I spoke with concept illustrator Yongwoo Cho, about the process of creating this latest character. As is with many of the characters in Marvel Puzzle Quest, it requires a fair amount of research and prep.

Yongwoo: While Abomination is quite the underground character, there are plenty of images and references online at our disposal.  His recent foray into the MCU movies certainly helped with the ease of accessing that information.  Various articles, videos, and a wide variety of comic book content found on Marvel’s website were a tremendous help to get myself familiar with this character. Once we determined the baseline foundation of this character, we then put our own unique spin on them. 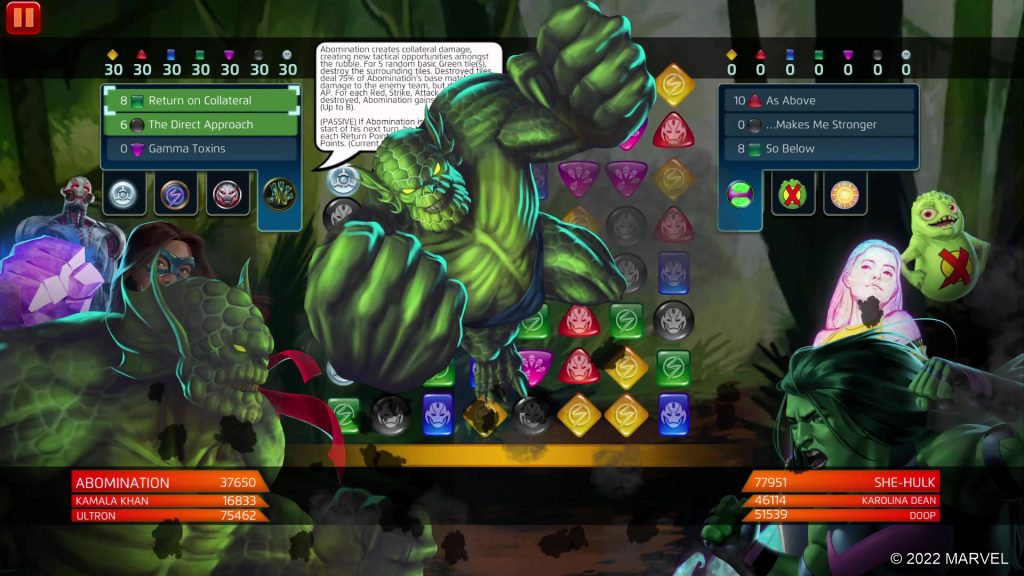 Story will always influence design. As with many comic book characters, there are many sources to contribute to the visuals of a character as a whole. What our concept illustrators try to accomplish, is pull little from each, to create something new. As Yongwoo Cho describes, Abomination is no exception.

Yongwoo: Abomination was exposed to the same type of radiation as the Hulk, but in much larger quantity.  As a result, all previous designs in comics and movies made him look more grotesque compared to the Hulk.  The final design made for MPQ tried to be faithful to the comics but borrowed certain elements from his MCU portrayal, most notably his legs which are more reptile-like in structure than human. 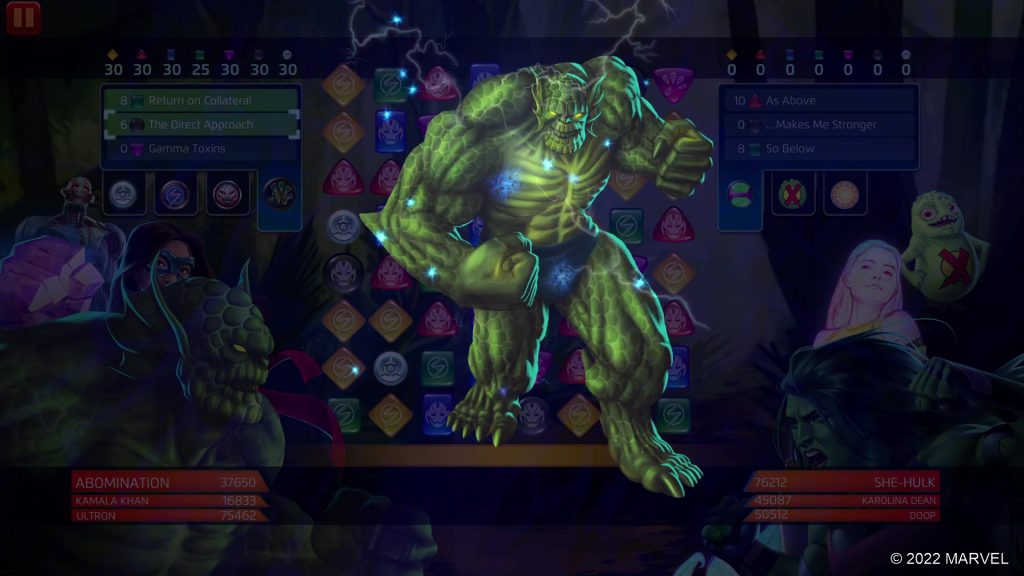 Abomination, being more creature-like than our standard hero or villain, gives us a lot more creative freedom to push the boundaries and create something fresh and exciting. As Yongwoo concludes, this character was a blast to make, and I myself look forward to creating engaging and exciting characters such as this, in the New Year!

Yongwoo: Being able to work on a character that is a giant radioactive reptilian monster is always fun because I have more freedom in creating unconventional anatomical designs for our version.  Abomination is a fun character and I can see why he shows up a lot in recent MCU content. He’s a visually striking character so I hope that will get our players’ attention. With his unique visually striking design elements and equally interesting gameplay design, he was a ton of fun to create, and we hope fans will have a ton of fun playing him as well!