Marvel Puzzle Quest fans in and around Arizona – in case you missed the announcement in our forums, I wanted to point out that Marvel Puzzle Quest and the D3 Go! team will be at Phoenix Comicon this month! If you’re going to be attending the show, you’ll want to make sure and visit the MPQ booth for our daily raffles. Tons of winners are selected each day and we’ve got plenty of awesome loot to give away to the lucky participants!

Booth Info: Visitors to the Marvel Puzzle Quest booth at Phoenix Comicon will be able to go hands-on with the game on tablet and PC to discover the expanding gameplay within the Marvel Universe. Members from the team will be on hand to walk players through gameplay and discuss upcoming in-game tournaments and episodes. Fans will also have the opportunity to earn special Marvel related prizes and in-game currency for Marvel Puzzle Quest at the booth via a free raffle for attendees only. For a limited time, D3 Go! will also be giving in-game bonus currency to new users that download the game during the show.

We look forward to seeing you there! 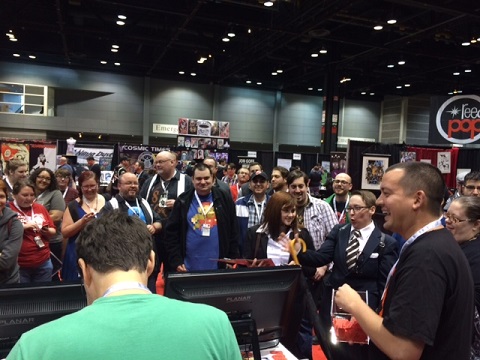