From time to time here on the D3 Go! blog we chat with various members of the D3 Go! team. Today, we’ve got Josh Austin, producer for Marvel Puzzle Quest and Magic: The Gathering – Puzzle Quest, sitting down with us. Josh recently rejoined D3 Go! and has a lot of insight to share that we hope you’ll find interesting. 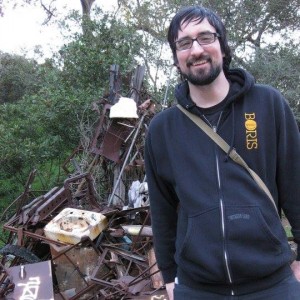 Read on for a look at Josh’s career path in the video game industry and a bit of insider intel on our games!

Q: When did you first fall in love with video games? Which game first caught your eye or you felt a connection with?

Josh Austin: The first game I remember playing over and over was Super Mario Bros. My mom got it for me as a baby sitter for after school when she was at work and I set up the NES by myself. I was 7.

Q: How did you become a game producer? What was your path in the industry?

I started at THQ as a tester and worked my way up. I was a senior tester working onsite for an Evil Dead console game and the producer on the project moved over to THQ corporate and brought me in under him as an assistant producer.

Q: If you weren’t producing games what do you think you’d be doing?

Playing music, I write and play music whenever I’m not working on or playing games.

I worked at D3Publisher when the company was just starting up the American office. While working on the game Dark Sector, I had the chance to review the first Puzzle Quest game and got hooked right when it all first began.

I left to work in an internal studio for awhile, but I’m glad to be back with my good friends at D3!

Q: Tell us a bit about what your job entails. What exactly does the producer for MPQ and MtGPQ do on a daily basis?

Being a Producer to me is a lot of fun. I’m not really a master at anything, but I’m a part of so many different things including design, light programming, balancing, researching player reports for cheaters or bugs, bug triaging, feature prioritization, licensor communication, (many more things, too much to list) and most importantly, finding ways to unblock members so the team is working as efficiently as possible. I try my best to learn as much as I can so when I’m helping people on the team figure something out I know enough to help eliminate problems now and those that may arise in the future.

Q: I see you playing MPQ and Magic PQ in the office. Is this for work or pleasure?

Both! I play the games for various reasons, like to take screenshots to submit for licensor approval of new content before it gets released (so the licensor approves their content). I also do things like play new characters in Marvel to see how well they are balanced or to try and find bugs that QA might not find, etc. For pure fun, I’m completely addicted to MtGPQ Quick Battles.

Q: What’s your favorite Marvel character in the comics and in-game?

My favorite Marvel character of all-time is Wolverine, I still have the #1 comic and it’s hanging next to my computer. In-game however, my current favorite to play is Nova. I know there are a lot that I need to play, but I haven’t had the time yet! I’m not cheating with my live account, so, I’m messing around with characters in our debug builds to review what characters I like.

Q: Did you play the physical Magic: The Gathering card game before diving into Magic PQ?

I did not, and I got a few lessons when I first started. Since then I have built out some decks and I’ve been playing every chance I get. There’s some big Magic fans here at D3 Go! helping teach me the ropes!

My favorite characters to play as are Jace or Liliana because the match is more involved; they involve using more strategy and setting up your deck with characters that will help destroy cards, take mana, etc.

I also play as Chandra though when I want to play more reactionary. I build up my spells and Planeswalker abilities to destroy the opponent’s creatures as they bring them out.

Q: Finally, can you leave us with a hint of some new and exciting things coming to Marvel Puzzle Quest and Magic: The Gathering – Puzzle Quest in the near future?

There are some great characters and events coming in Marvel Puzzle Quest. We have a few tie-ins with some big things in the Marvel universe. There’s something very cool arriving in April, so there’s not long to wait.

For Magic: The Gathering PQ – 1.4 is going to be a big ‘Battle for Zendikar’ update with a lot of new content rolling out. We can’t wait to share everything with everyone!

Q: Thanks so much for talking with us today, Josh!