We’ve got plenty of new content coming your way in the 3.2 build: new features, new updates, a new Planeswalker, a new event, and plenty of bug fixes! Check out all the details below.

First off, for those of you that haven’t read the Magic: the Gathering – Puzzle Quest – 3 Year Anniversary blog post, then what are you waiting for! There’s some awesome info about from the development team that you don’t want to miss out on, including the initial announcement of Player Profile.

For those of you that have already read it, it’s time for Player Profile to arrive in 3.2! Now you can track your progress, show off your best decks, and even receive special rewards based on your level!

As a new player, getting used to all the different cards and effects MTGPQ has to offer can be…daunting at first. Conversely, veteran players spend enough time piecing together intricate decks and deliberating cunning strategies that they already know practically every card detail and effect like the back of their hand. This is where the Card Visual Aid comes in.

The new Card Visual Aid setting allows for players to enjoy MtGPQ the way that best suits them, and seeks to improve the player experience when casting cards and triggering effects. Need more time to read and understand each card and effect when they occur? Not a problem! Think too much time is spent watching cards and effects pop up, instead of playing? We’ve got you covered too!

Check out the blog post that will explain this new quality-of-life setting in further detail: Card Visual Aid

118 HP
Creatures: 6 | Supports: 6 | Spells: 7
“Disillusioned by his servitude to Nicol Bolas, Sarkhan fell into madness. However, a voice in his mind led him to the spot where the Spirit Dragon, Ugin, died.
There, Sarkhan found a way to travel back through time and prevent Ugin’s death at Nicol Bolas’s hands.”

Temur’s Hunger
[Blue, Red, Green] Support – 3 Shield – Whenever a creature you control attacks, if that creature’s power is 6 or greater, it gets +1/+1 and Trample until end of turn.

We’ve added Expert and Master decks to the Planeswalkers that were missing them. Play around with their new decks to see if you can figure out the strategy with each one!

Want to get a head start on building the perfect deck for Sarkhan Unbroken? Maybe you just need those last few cards to complete the new Expert/Master decks. There will be a brand new selection of special offers available in 3.2, so keep an eye out in the Vault, so you can snag them while you can! 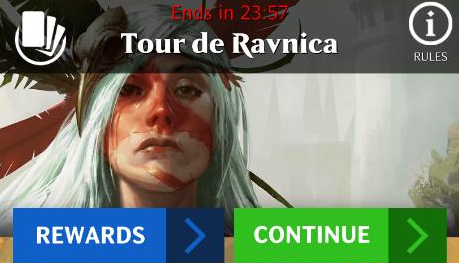 “The City of Ravnica is a metropolis so vast that its name has long since become synonymous with the entire plane. It is here, amid the mazes of streets and towering Gothic spires, that Ravnica’s guilds vie for power. Each of the ten guilds has mastered two of the five colors of mana, resulting in dramatically different cultural identities and functions.”

Tour de Ravnica is a Standard, PvE, non-Coalition event with 5 sequential encounters, one for each Guild represented in Guilds of Ravnica. Each guild will have a special indestructible Support featured in their encounter:

Battle of Four Tribes is back in 3.2, but this time with a brand new appearance! Similar to how Oath of the Gatewatch has a Part 1 and Part 2 event, Battle of Four Tribes will now be split into 2 separate 2-Day events! (Note: Banner artwork for both events will be the same. This will be updated in 3.3)

Training Grounds. It’s a great event to test out new decks or strategy, but it can be a hassle waiting for the specific event format you want to appear. Not anymore! Starting in 3.2, both Legacy and Standard Training Grounds events will be scheduled daily! 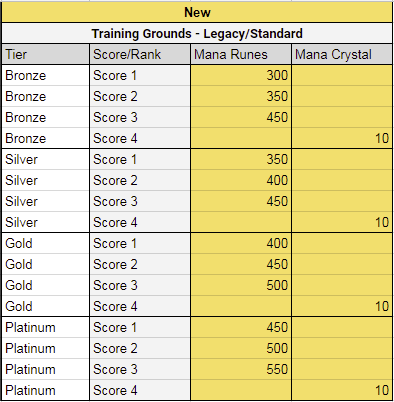