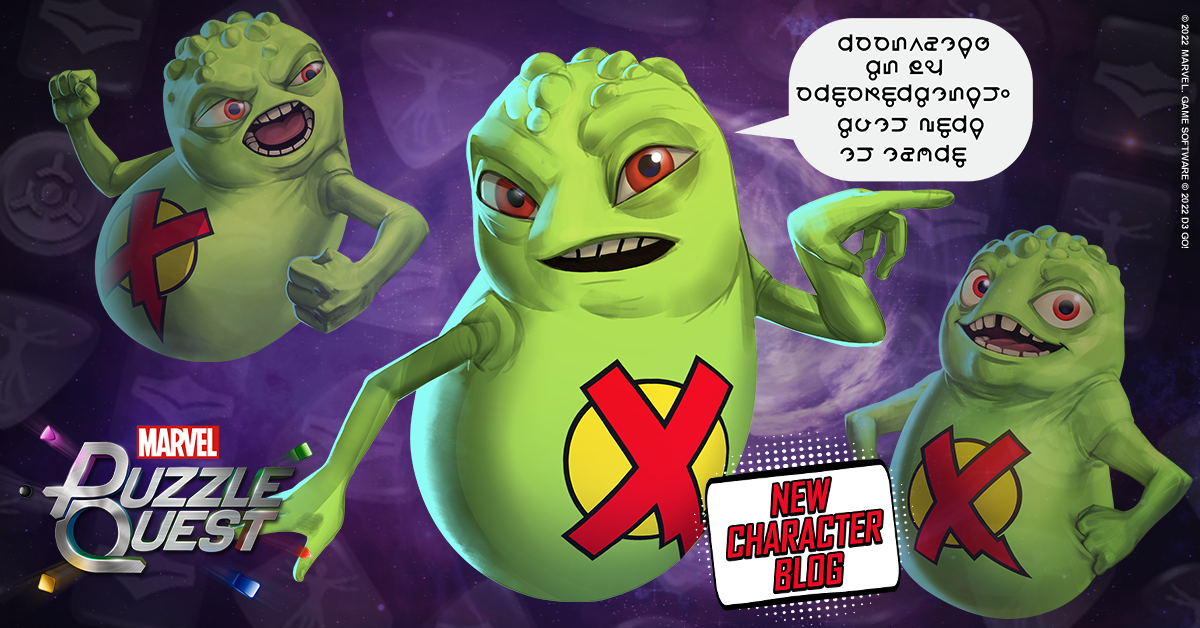 Kicking off the festive-filled month of October, we have none other than the little green man himself, Doop! This out-of-this-world character’s mischievousness is only matched by his resourcefulness and eccentricity. The folks here on the art team wanted to create something that reflected those traits along with highlighting the range of Doop’s many abilities.

Michelle Hardy, character artist charged with illustrating Doop, breaks down some of her progress in creating a character in Marvel Puzzle Quest. 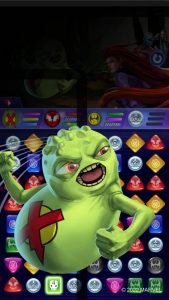 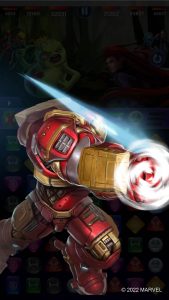 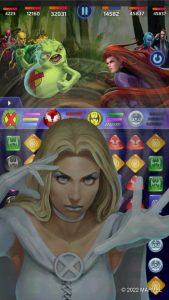 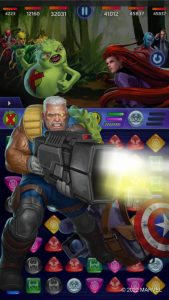 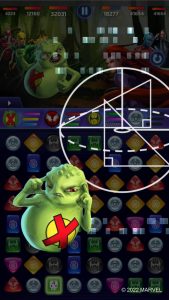 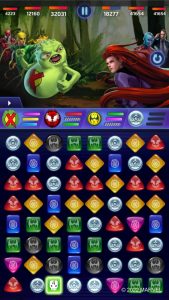 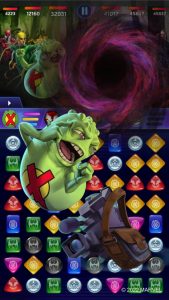 What was the research like for such an interesting character like Doop where there could be some endless possibilities?

Michelle – Doop was a wild character to research. To be honest, I wasn’t sure what to expect. I felt Doop was a pretty obscure character. As I discovered each of his abilities and characteristics, I have to admit I had to pause a few times to digest what I was hearing and reading. This guy is one powerful, quirky, green, squishy-thing. I scoured all the comics he was in, read up on every bit of info, and watched lore videos. He was going to be a challenge to execute, but it was going to be a fun journey along the way.

As with every character you tackle for Marvel Puzzle Quest, there are many iterations, sketches, and poses you need to create in order to reach a quality result. Whether it be human, robot, creature, or, in Doop’s case, alien, you try above all else to have their personality shine through. Can you speak to the team’s challenges, and how you overcame them?

Michelle – When drawing his poses, I focused on the dynamic posing and his expressions. Doop has very expressive features. Not only does his face have a wide range of expressions but his arms and, strangely enough, his squishy body can contort to make even more dynamic expressions. This caused some challenging aspects as I was drawing him.  His huge eyes, impish grin, and green bean-like body are the universal traits of Doop but every artist that has drawn him has done so in their own unique style. I needed to find a style that worked for me and one that would feel the most Doop-ish.

I tried several drawing styles, camera angles, and lines of motion to execute his expressions.  I tried to focus a lot of energy on his eyes. Getting his eyes wrong could be the difference between nightmare fuel and a cute plushie you want to snuggle…huge difference. Getting the right balance was so, so, so, important! I am really happy with the end result; he landed in a nice middle ground spot.

Another challenge I faced was illustrating his abilities. He has such an arsenal of skills that making illustrations for only a few abilities seemed difficult. With the slew of psionic abilities, strength, regeneration, possible time travel, and omniscience, where do you start? I wanted to start with some broad abilities. I knew Doop Space was massive to his story. Traversing through Marginalia was definitely something I wanted to try. I also wanted to include the pimple popping that created a vortex in his forehead. A lot of exploration later, we as a team settled on his psionic powers to open Doop Space to grab objects, his super-strength, and his super-intelligence. After narrowing the abilities down, illustration for them became a lot easier. When the sky’s the limit it surprisingly makes the concept phase harder. When there are restrictions, it’s easier to have a focus on an idea.

Doop is a character with off-the-wall abilities and an array of attacks ranging from the strange to the disturbing. How is this unique character ready to make an impact in MPQ?

Michelle – He is definitely the most unique character I had the pleasure to work on. One of my favorite things about this character is the array of expressions he has. His face can stretch and contort to all sorts of different expressions. I also love how he is powerful enough to battle Thor and make tons of Mjølnir doppelgangers so perfect that Thor can’t even tell the difference. I was amused that Wolverine hired him to be the “receptionist” and protector at the Jean Grey’s School for Higher Learning. His Doop Space ability is also pretty unique as he can literally pull anything out of there. He can also travel in his little personal universe which is a power I’m pretty sure anyone would be envious of!