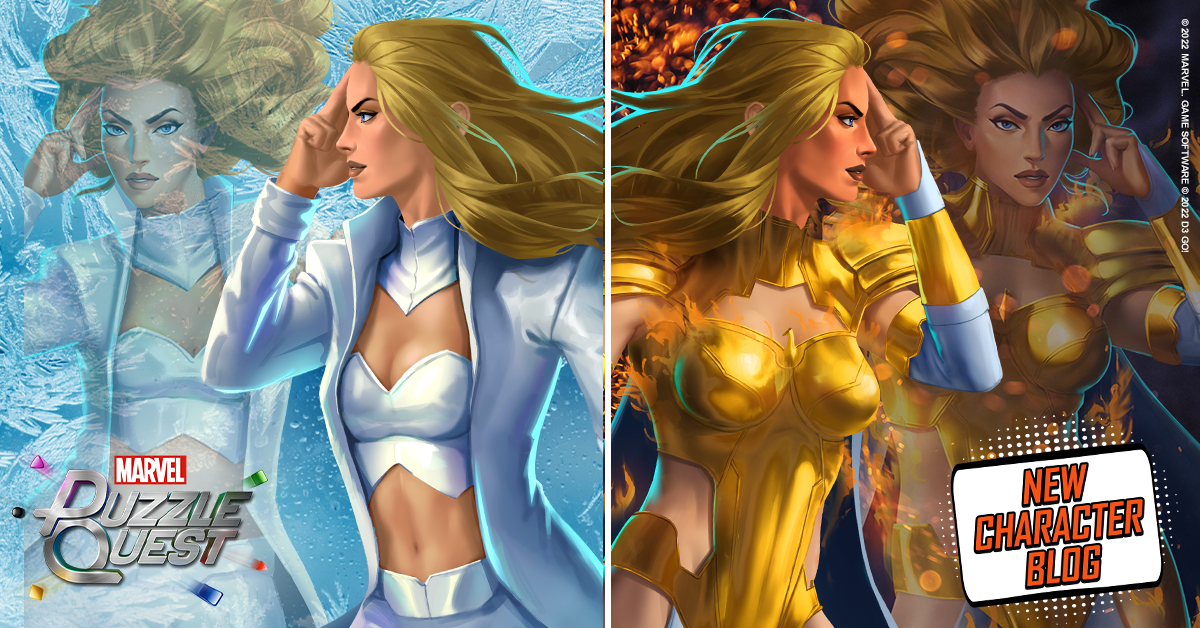 Emma Frost is many things: White Queen, teacher, member of the X-Men, possibly the strongest telepath in all of Marvel (free pass to debate in the comments), and so much more. And now she’s getting not just one but two more iterations in MARVEL Puzzle Quest. The new 3-star version is the New X-Men spin on her 4-star Astonishing X-Men lookthat was previously playable and her new 5-star set-up brings another member of the Phoenix 5 to the game! 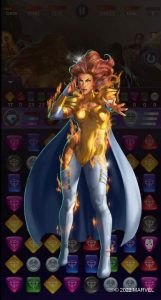 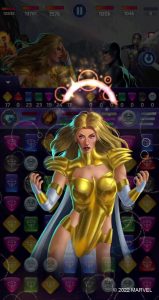 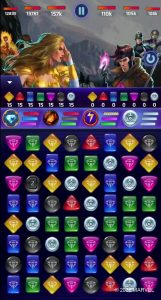 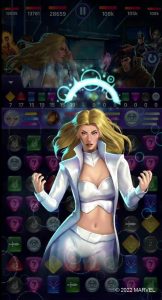 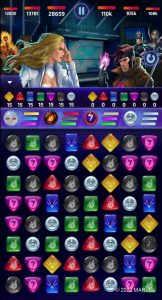 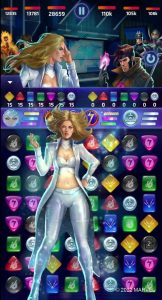 When designing exciting characters for MARVEL Puzzle Quest there are many different facets of the pipeline, each of which has to be taken into careful consideration. Read on as we interview Will George (Character and Event Designer at Broken Circle Studios) about these two new iterations of Emma Frost and take a look into the process of translating the powers and abilities of such an iconic character from the pages of her comics to battle within the game.

What research or studies did you do in order to create concepts for this character?

I started by drawing on the versions of Emma Frost that I was familiar with. Originally, I’d seen her as an antagonist within the Hellfire Club in the original X-Men animated series, but she had also been shown in a much more heroic light during her time on the animated Wolverine and the X-Men series. So knowing her basic power set and complex personality, I dug into the sources for her New X-Man and Phoenix 5 iterations by reading through the relevant comics. I also watched basically every video about Emma Frost I could find on YouTube.

What was a challenge you faced and how did you overcome it?

Once I had a good idea of her powers and how she usually uses them, I needed to translate all that into abilities within the game. I started by looking at the 4-star Emma Frost (Astonishing X-Men) to see what had previously been done. I saw similar things to what I wanted to do (supporting the team, weakening opponents, and, of course, diamond form), but felt there was room to adjust their representations. The basic framework of what I wanted the powers to do wasn’t too much of a problem but refining it while making the powers feel fresh was more of a challenge.

What are your favorite aspects or things about this character?

From a character standpoint, I admire Emma Frost for the hardships she’s gone through while still maintaining such a strong sense of self. Her motivations are not always in line with the heroes of a given story, but she does always seem to want a better world and does what she feels is best to achieve it.

I’m proud of the implementation of her powers within MARVEL Puzzle Quest and think they represent both her New X-Men and Phoenix 5 versions well. I hope that my interpretation of her abilities does the character justice for her fans and gives players a reason to roster her in their team.