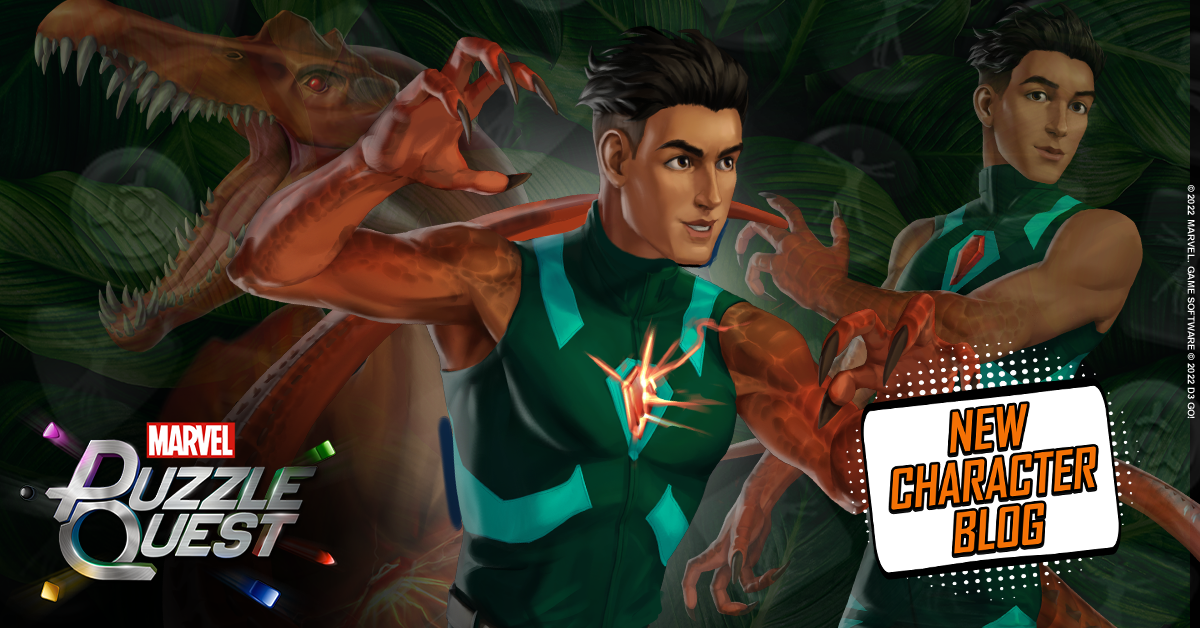 Kicking off September with a blast from the past, Reptil, aka Humberto Lopez, joins the fray with a catalog of titans from the prehistoric era! Using an ancient amulet found in an archeological site, this teenage Avenger can transform into a range of creatures from the monstrous tyrannosaurus rex to the small and dexterous meganeuropsis permiana. With a character who has range like Reptil, me and the folks on the art team really wanted to reflect that range, and hammer home what makes this character unique. Which, as you might have guessed, takes quite a lot of research, iteration, and experimentation. 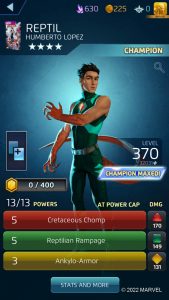 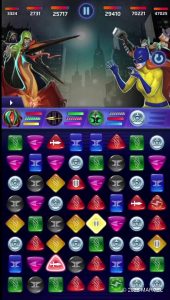 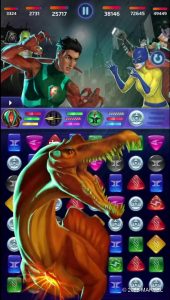 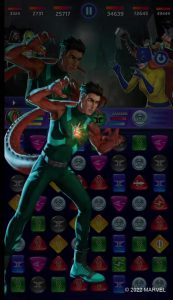 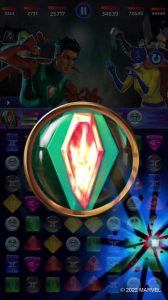 Storytelling and narrative play into much of the research that we on the art team do before tackling a new hero. Their wants, their fears, their weaknesses and triumphs, make up much of the personality we try to convey. Katie Friese, our Concept Illustrator who worked on Reptil, speaks to that level of research.

Katie Friese: Read read read. My first step with any assignment is to go research who this character is. I went and read various materials, as well as watched YouTube videos for some extra inspiration to try and get a good sense of who Reptil is, and what is important to him. I try to glean small details and include them wherever I can.  I want to have the character’s personality come through in the concepts and poses as much as possible.  Beyond that, I will gather a small hoard of images on a reference board to use as touchstones or inspiration as I begin the design process. I try to use as much real life reference as possible.

Amber Ansdell: Given Reptil’s abilities, it was important for Katie to really sell the transformative aspects of his powers. This required research on specific dinosaur anatomy as well as referencing photographs of fossils to really sell the credibility and push the scale of these creatures to make Reptil feel larger than life.

Katie: So in Reptil’s case, one of the dinosaurs he transforms into is Spinosaurus. I had images of spinosaurus fossils up on my screen as I was drawing the concept sketches that I could refer back to. It’s helpful when you have that many teeth to draw; makes it so you don’t have to think quite as hard.

Katie: The biggest challenge for me is to create poses that are fun and interesting AND work in the game. There are certain restrictions to posing that you have to be mindful of, otherwise you may run into problems with the character not fitting correctly on screen.  However, that can make some of the poses feel quite similar to one another.  It’s a fine balance between making something dynamic and unique and meeting the needs of the game.  The only way to approach that is with an open mind and willingness to try and rework the design from a different angle.  There are amazing artists out there that have a ton of movement and life in their drawings even when the pose is rather simple.  I wanted to capture that kind of essence in my own work, and I have a sneaking suspicion that I’ll be chasing that goal for quite some time.

Amber: Reptil required research, many dedicated hours and a whole lot of love. Reptil in particular was a unique opportunity to highlight a hero that’s not in the mainstream. Which, truth be told, tends to be the most fun to do! There’s incredible avenues for potential and so many interesting facets to explore. There’s a ton to like about this character, but I think Katie Friese put it best:

Katie: Reptil is essentially who I wanted to be as a kid.  I would pretend to be a dinosaur all the time in elementary school. Walking to an assembly? It’s raptor time. Drawing dinosaurs was one of the things that got me hooked on art in the first place, so being able to work on a dinosaur character and have it be my job has been suuuper exciting for me.

A more serious answer though: I love that Reptil has made mistakes. Losing control of himself while transformed is one of his fears, and I love that he has to work through that in the comics.  It’s a very human and relatable element that I find refreshing and endearing.