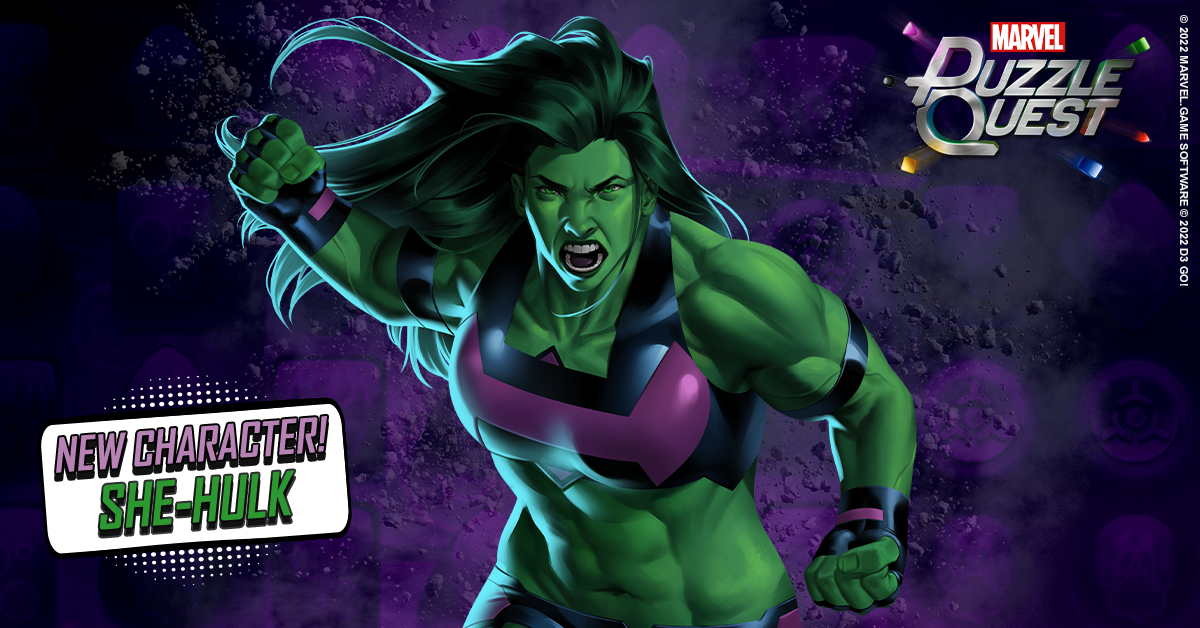 “IN THE WAKE OF EMPYRE, JEN WALTERS GOES IMMORTAL! The Cotati invasion has changed everything for Jennifer Walters. Now she seems to have a new lease on life… but things are never that simple for the gamma-powered.”

The bigger you are, the harder you fall – literally. Deals 2436 damage and sends the target Airborne for 1 turn(s).

(PASSIVE) When an enemy returns from being Airborne, they take damage equal to 5% of their maximum health (Max level 9793 damage)

PASSIVE
(PASSIVE) What does it mean to be Immortal? What if I’m not – what if this is the last time? When downed, if there are any non-downed allies, on her team’s next turn She-Hulk is revived with 25% of her maximum health and uses So Below. Whenever She-Hulk is revived, she permanently deals 30% increased damage and takes 25% more damage (this effect stacks, up to 3 times).
So Below – 8

AP
The Below Place can’t hold She-Hulk. Jen destroys the lowest Red and Green tiles across up to 3 random column(s), and all tiles below them. Tiles destroyed this way deal 75% damage but do not generate AP.

All times in Pacific

Chance to get She-Hulk (Immortal). Increased chances in 10x and 40x pulls

Chance to get She-Hulk (Immortal). Increased chances in 10x and 40x pulls

Additional Tokens can be purchased for 25 Command Points