MARVEL PUZZLE QUEST ON CONSOLE & IN THE NEWS 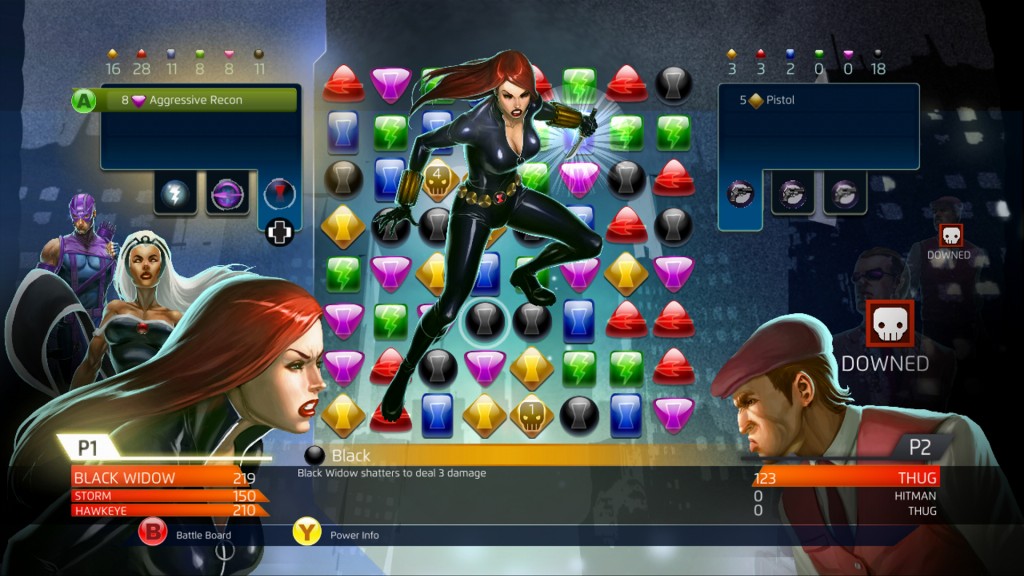 Marvel Puzzle Quest: Dark Reign recently landed on home consoles (Xbox 360, PlayStation 3 & 4, with Xbox One coming soon) and early reviews and player reactions have been positive. I’ve been having a great time with the PS4 version and my core team of Iron Man, Black Widow and Storm each hit level 130 yesterday. It’s a real pleasure playing MPQ while kicking back on the sofa and taking it all in on a giant TV screen.

This version of MPQ has been re-balanced as a single player experience and every character can now reach a high of level 300. Looks like I’m going to get there pretty soon with my “go-to” team of three! In addition to single player gameplay, MPQ console also offers up 1v1 multiplayer battles against strangers and friends as well as couch multiplayer.

If you’d like to explore further, you can check out a a couple of recent reviews below.

Review Fix
“With tons of characters awesome abilities and easily over a hundred levels, this is simply one of the best takes on the ‘Puzzle Quest’ formula yet.”

Comic Gamers Assemble
“I’m logging just as many hours in Marvel Puzzle Quest as I have…in many games in recent memory and for the fraction of the cost of most major releases.”