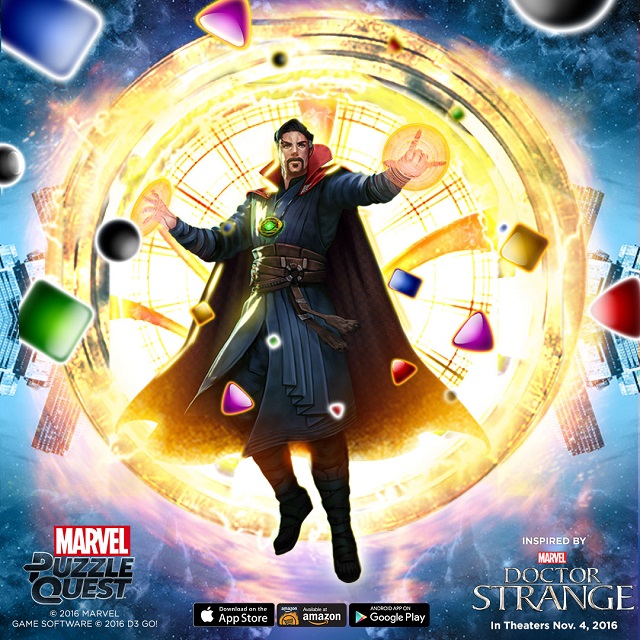 General
– Characters can be filtered by their rarity on the Roster Screen.
– The Difficulty Indicator has been removed from missions.
– When redeeming a Vault token, the icon on the Vault no longer cycles animations between available pulls.
– 1-Stars can be gifted to Facebook friends again.
– Changed the sound that plays when gaining XP.
– Players who do not have a Versus name will now be able to gain XP for rostering new characters.
– A black screen is no longer seen after earning a character from a comic pack.
– Players without characters are not given the option to send characters as Team-Ups (This was causing a crash on some devices).
– The Promote to Champion button is now visible when viewing a character in the Training Screen (if they can be Championed).
– Fixed visual bug: The event progress bar for Deadpool’s Daily will now increase if players only complete the “That Guy from That Place” mission.
– Players no longer lose their Legendary Token when MPQ is removed from the device’s memory after purchasing VIP.
– Fixed a rare edge case where players were unable to send Team-Ups to players.
– Fixed a rare edge case where players saw the incorrect event description.
– Fixed a rare edge case where the disconnect from Facebook button was displayed when you weren’t connected to Facebook.
– Fixed a rare edge case where Alliance functions were not available when joining an Alliance.

Characters
– Iron Man (Model 40)’s Recharge power only displays a banner the first time in a turn.
– Spider-Woman (Jessica Drew)’s Seeking Redemption power no longer shows the animation after the player’s turn.
– Powers that move tiles will now always move the correct amount of tiles.
– Powers that target random opponents will no longer target airborne characters.
– During a tile match cascade, Elektra’s Shadow Step power will activate immediately when the trap tile is matched by the opponent (instead of at the end).
– Powers that target random characters no longer display “IMMUNE” on characters that cannot be stunned in battle.

Game Board
– Cascades no longer prevent some passive powers from activating.
– Tiles that cannot be matched are now taken into account when the game detects if there aren’t any valid matches.
– Fixed a rare edge case where tile match cascades were not generating AP or dealing damage to the opponent.
– Fixed a rare edge case where battles sometimes restarted instead of completing.