Starting with Human Torch’s availability in the game today, we want to kick off a new blog. We hope that the blog helps in the discovery process of each new character we bring to Marvel Puzzle Quest and that we can provide information that is interesting not to just for long time players, but players that are newer to the game. We plan to keep this to a brief read so it’s a nice starter as you get more familiar with how each character fits into the game. We hope you find it helpful!

Please note, we will still be revealing new characters through our FAQs and Marvel.com, so please give them a read for the specifics of each character and what events they are tied to. 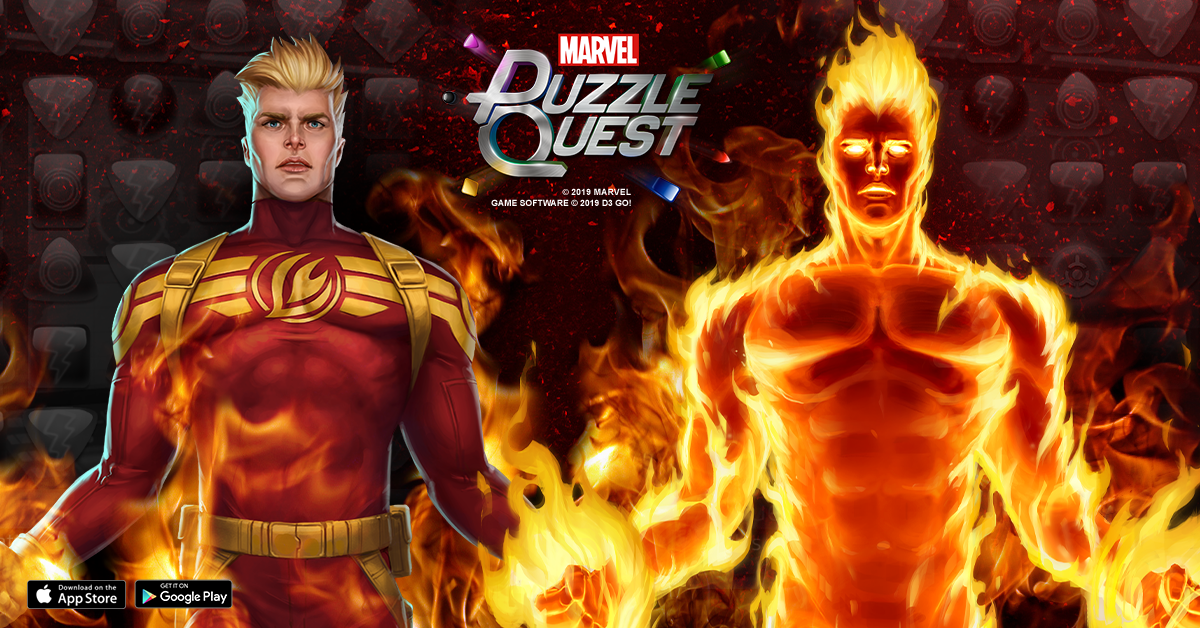 Do you like fire? Do you enjoy igniting a conflagration which will burn your enemies to ash? Then you’ll want and enjoy Human Torch’s arrival in Marvel Puzzle Quest. One of my favorite things about this new 4-star character is that the more his flames spread, the stronger he gets, culminating in a potentially massive explosion that will devastate the enemy team.

A nice possible way to use Human Torch in the game is being a team player, as he benefits from teammates with cheap, complementary powers. Give him the support he needs to get rolling, and he’ll incinerate the enemy team. Jim enjoys characters that can feed him green and red, and those with cheap, quick to fire powers. The former will pour accelerant on his flames, while the latter will benefit from his leadership to enhance their own (and his) abilities. 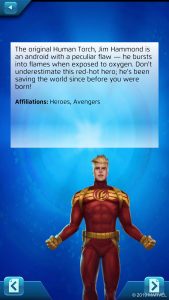 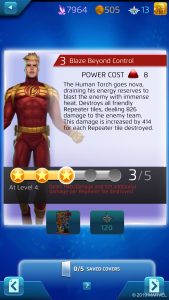 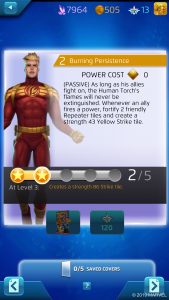 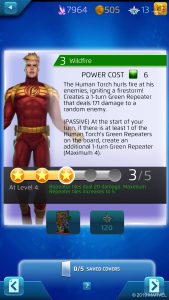 When making Human Torch, I wanted to differentiate him from Johnny Storm and really capture the feeling of being a living wildfire. This was a touch difficult, as Johnny does a good job capturing the blasting power of fire. So I decided to focus on a wildfire’s tendency to spread, which fits Jim Hammond even more than Johnny (especially in his first appearance). The result is a character that grows with his flames, getting increasingly dangerous as they consume tiles. If Jim Hammond starts a fire, you better focus on putting it out, lest it burn you to a crisp!

It was super cool to bring this new Human Torch to the game just in time for Marvel’s 80th Anniversary celebrations. Jim Hammond is Marvel’s first character, appearing waaay back in Marvel Comics #1. He’s part of many firsts for Marvel; the first crossover (with Namor) and the first Super Hero team (The All-Winners Squad). Oh, and if you thought Johnny Storm could burn hot, Jim Hammond can do him one better: he can make his flames radioactive!

We really hope you enjoy his release in Marvel Puzzle Quest and we look forward to everyone’s feedback.  To learn more about his abilities, please visit our FAQ HERE for more details.