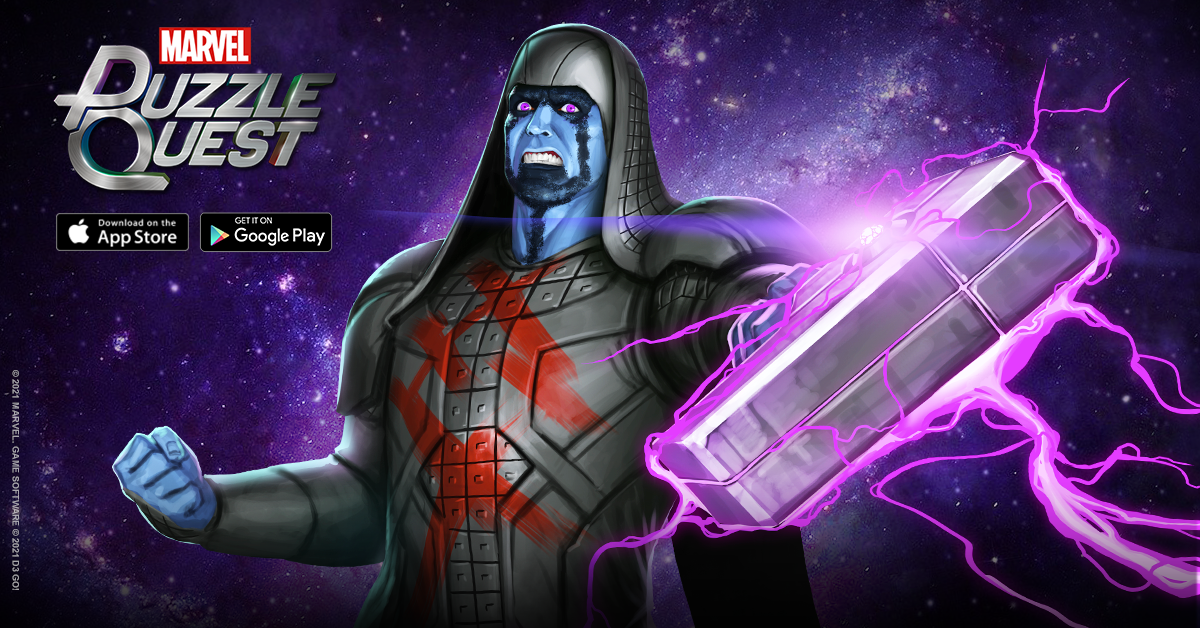 “Once the leader of the Kree Empire’s Accuser corps, Ronan went rogue, striking a deal with Thanos for the destruction of Xandar. Wielding the powerful Cosmi-Rod, Ronan clashes with the galaxy’s heroes, taking it upon himself to become the galaxy’s own judge, jury, and executioner.”

PASSIVE
(PASSIVE) From the deadly lips of Ronan: “I Accuse!” At the start of battle and every turn, if one doesn’t exist, create a 3-turn Fortified Countdown tile targeting a random enemy. While this tile is on the board, Ronan’s matches against that enemy deals 50% more damage, and his matches against other enemies deal 50% less damage. When this tile expires, deal 3150 damage to that enemy. (Max level 12661 damage)
Swift Hammer of Justice – 8

AP
Ronan channels the Power Stone through his Cosmi-Rod, enabling him to conquer armies. Creates 2 random 2-turn Repeater tiles that create a copy of themselves on a random basic tile. When you match or destroy one of these tiles, deal 237 damage for this tile and each other Uncompromising Power tile on the board. (Max level 953 damage)