Today we introduce Team Puzzle Quest member Reid Duke. These members are sponsored Magic: The Gathering – Puzzle Quest players at Pro Tour events in 2017. Please follow them on Twitter and watch them compete at events via Twitch.  Team Puzzle Quest is currently ranked #5 in the Pro Team Series Leaderboard. 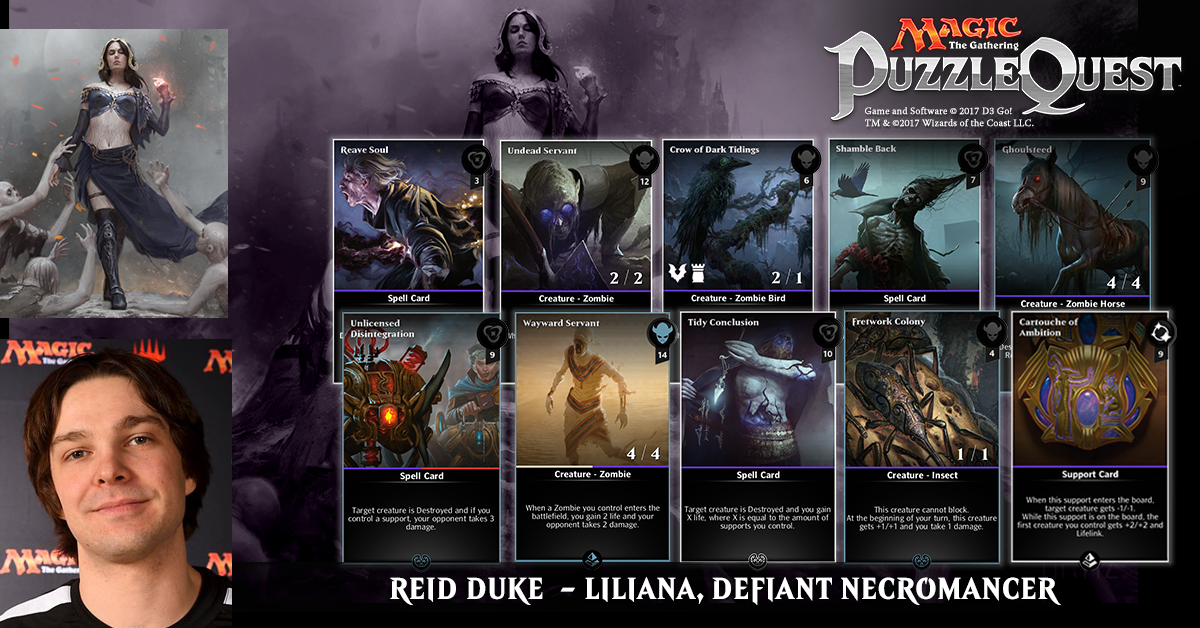 Amonkhet’s Wayward Servant has given me a great reason to choose zombies as my win conditions. However, Liliana’s strength isn’t in her creatures, but in her ability to kill opposing creatures. Combining her Grave Mist ability (which at high levels deals five damage to all of the opponent’s creatures) with no-questions-asked removal like Tidy Conclusion and Unlicensed Disintegration makes it nearly impossible for the opponent to stick a creature on the battlefield.

Download Magic: The Gathering – Puzzle Quest HERE for free on the App Store and Google Play!