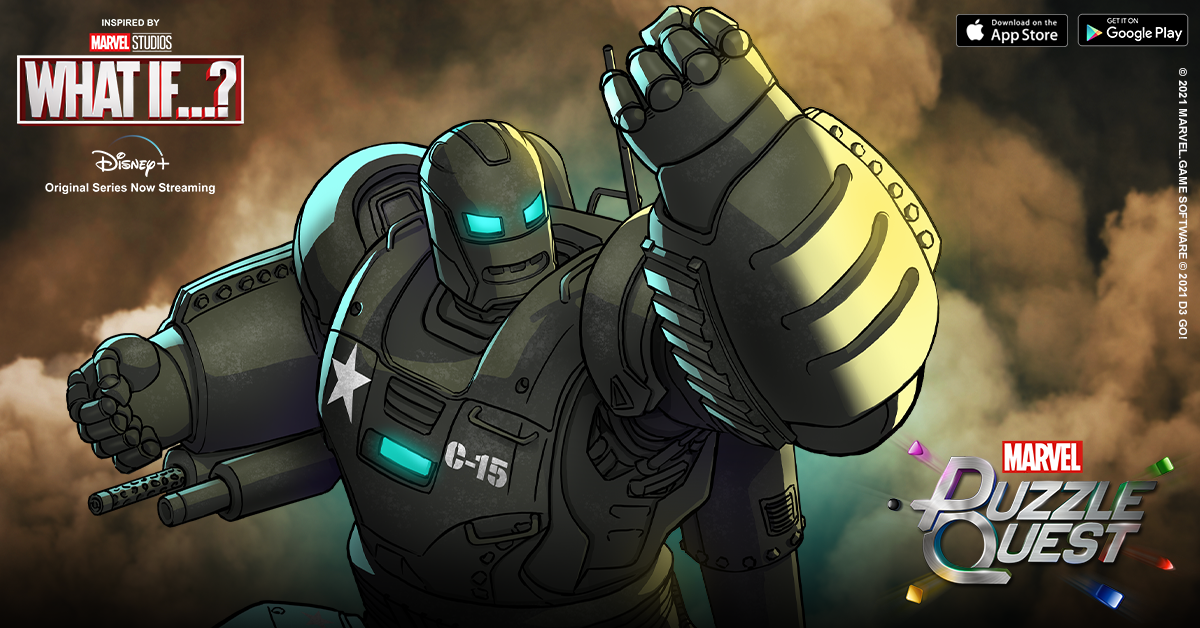 “In the universe you know, Steve Rogers was transformed from a skinny kid from Brooklyn into the First Avenger, Captain America by the Super-Soldier Serum. However, in this universe, Steve is injured and instead must fight Hydra in a suit of armor created by Howard Stark. Here he is called “The Hydra Stomper”.”

He isn’t on the front line; he is the front line. Convert 2 basic tiles of the enemy team’s weakest color to strength 41 friendly Protect tiles. (Max level strength 79)
(PASSIVE) The Hydra Stomper cannot be Stunned and if Peggy Carter is an ally, neither can she.
Engine of War –

PASSIVE
(PASSIVE) The Hydra Stomper armor’s power source is as enduring as the resolve of its pilot. The first time The Hydra Stomper makes a non-Team-Up match each turn, destroy 1 friendly and enemy AP in that color and create a 3-turn Countdown tile that generates 4 AP in that color. If the match was made against a Villain, the Countdown tile generates 5 AP instead.
Stomp – 10

AP
The Hydra Stomper makes a big impact on the battlefield, literally. Destroys 4 random enemy, basic, or Team-Up tiles. For the rest of this turn any new Black tiles that fall are 3-turn Countdown tiles that deal 185 damage. (Destroyed tiles deal damage, but do not gain AP.) (Max level 361 damage)